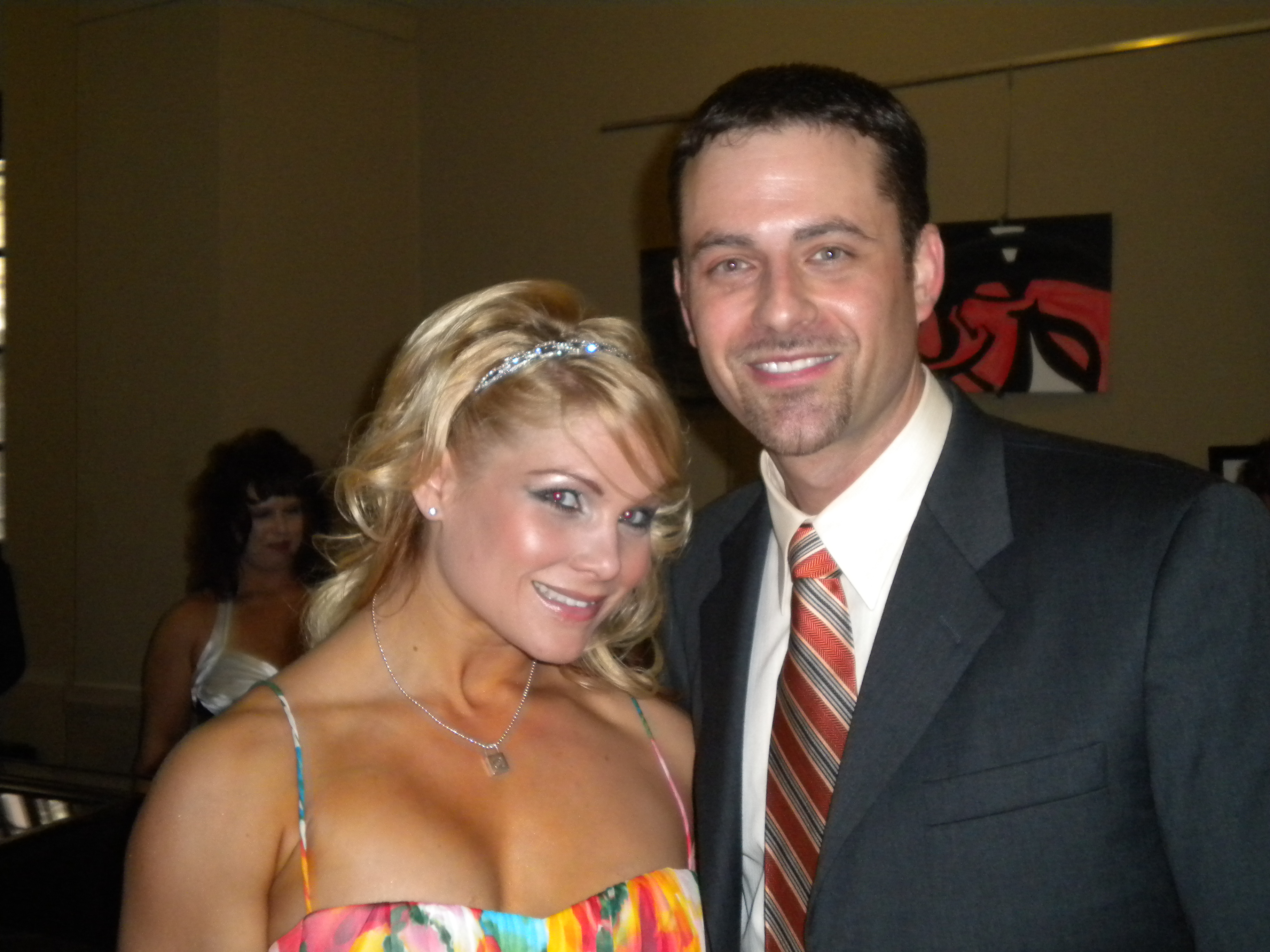 As I was watching WWE’s Extreme Rules on the Network (for only $9.99!) I couldn’t stay focused on the action in the ring. I was excited for the show, especially the Shield vs. Evolution 6-man tag match and Daniel Bryan’s first big title defense. But I found my mind constantly wandering back to Extreme Rules 2010, or as I refer to that show, “The Best WWE Pay-Per-View of All Time”. That night in Baltimore, MD my beloved Glamazon went through Michelle McCool, Layla, Vickie Guerrero, some mops, a lot of makeup, hairspray, and a wash bucket to win the WWE women’s title right before my eyes. That match itself was sort of silly, but the ending was powerful and definitive, and Beth Phoenix was once again a champion.

I was front row and jumped around screaming and yelling like I was certifiably crazy. My friend Jamie pretended not to know me anymore. This may be scripted entertainment, but when your favorite performer accomplishes something special you feel a part of it. I was thrilled to see Beth win the title in person, and I was proud of her career achievements. I have been a wrestling fan for 30 years and seen many wonderful moments but her Glam Slam in Baltimore on April 25, 2010 will always, always be my favorite.

My happiness was short-lived however. A few weeks later Beth tore her ACL and was forced to drop the title. Although she recovered from surgery and returned to the ring later that year, I never felt her career was the same. She and Natalia tagged for a memorable tables match versus Lay-Cool, she won the Divas title, and even appeared at Wrestlemania 28…but she never seemed “dominant” again. In Miami she got pinned by a TV host for crying out loud. That’s certainly not booking your champion strong.

Later that year, in 2012, Beth Phoenix left WWE and retired from the business altogether. Just like that my Glamazon was gone. Although I was saddened by the way her career was going at the time, I was holding out hope that the bookers would find a great storyline for her and reenergize her character. That hope was gone and I found myself turning away from the WWE. Wrestling is a story, a passion play, and when your favorite is written out of the script it isn’t as interesting any more. It’s no different than when George Clooney left ER. There is a void.

At the time I was one of the head writers at Diva-Dirt.com. I thought about quitting or at least taking a break. Wrestling just wasn’t “fun” for me. If nothing else pro wrestling should be FUN!

But I didn’t quit writing for Diva-Dirt and eventually I was offered the position of editor-in-chief of OWW. It was a good change for me because it forced me to expand some of my focus, to look at the entire WWE roster, not just the girls. It also forced me to look at TNA…and ROH…and all the other independent promotions out there. As I sorted through OWW and took note of what needed to be done to run this website, I found myself starting to really enjoy other performers. I got my head out of the sand, stopped hoping for the “Beth Phoenix is returning to WWE” breaking news, and starting noticing special performers like CM Punk, Daniel Bryan, Cesaro, AJ Styles, El Generico, Cheerleader Melissa, and Kevin Steen.

Hell even John Cena is entertaining if you stop hating on him.

Slowly I started to rebuild my passion for this business. Sure I was still disappointed my favorite wrestler had retired, but when you look at the direction of the industry there is a lot to be excited about. And I had gone through this wave of emotion before. Before Beth Phoenix I had other favorites, like the Hart Foundation, Terry Funk, the Iron Sheik, the “Macho Man” Randy Savage, and the beautiful Miss Elizabeth. All of them have retired or passed away, and yet I still tune in.

There must be a reason that goes beyond the individual stars because they eventually do come and go. I realized it is the business itself. This crazy mix of passion, athleticism, music, lights, and entertainment is such a beautiful thing that once it is “inside” of you it usually stays there forever.

I’m pretty sure that will be the case with me. I’m excited about the future. Look at the WWE roster now and take note of all the talent that is ready to headline the company. The Shield. The Wyatts. Cesaro. Even second tier guys like Curtis Axel and Ryback have a future if they continue to work hard. Maybe Alexander Rusev will break out. Maybe Xavier Woods will continue to improve. Who knows? But the WWE Performance Center is working, and NXT is helping build articulate stars who understand WWE’s style.

The young Divas like Paige and Emma have brought energy to the women’s product (along with the wacky Total Divas program, which is 145% better than it has any right to be…)   But it is a refreshing time in WWE when we can look forward to good storylines that don’t revolve around just John Cena and Randy Orton.

I still think the WWE’s top guys have tremendous value. But as we’re seeing from the John Cena – Bray Wyatt feud, maybe their true value now is to put over the next generation. Cena and Wyatt are pretty entertaining right now. As much as I liked their steel cage match at Extreme Rules last week, I am enjoying their overall storyline even more. Will Bray eventually push Cena over to the dark side? Who knows? But it keeps me watching.

Although the WWE doesn’t have any real “competition”, there are still many promotions running shows throughout the country. TNA, ROH, and SHIMMER feature some top-notch talent, and the independent wrestling scene is still viable as a proving ground for wrestlers hoping to either extend their careers or become breakout stars. The wonderful rise of Daniel Bryan is proof that you just never, ever know in this business.

That’s the most beautiful thing of all about professional wrestling. Maybe it is a match, a special move, a chant, or an actual wrestler…but we all get hooked by some aspect of this business. Something makes us tune in every week or buy a ticket to a live event.

I still can’t believe that Extreme Rules 2010 was 4 years ago now. Every year it reminds me of the highs and lows of wrestling: Beth’s championship, her knee injury, and then eventual retirement. Beth has moved on with her life and seems very content. I am happy for her, and thrilled that I was ringside for one of her true career highlights.

But most of all I’m thrilled that I still love this great sport. The next generation of stars deserves my full attention. It’s their time.

Related Itemsbeth phoenixdivasFeaturedhitting the ropeswwe
← Previous Story Does Vader belong in the WWE Hall of Fame?
Next Story → Independent workers and WWE