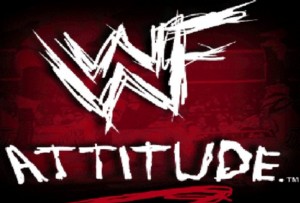 You, him, her, them, and aliens circling the planet undetected by human technology keep talking about how wrestling fans need to get over the Attitude Era and move on because, the ‘business’ has changed. That, is false.

You see, business never changes. Business continues on, following basic rules and/or principles that govern whatever the goals are that you have set for your company.

Vince McMahon has certain goals that involve bringing in the maximum amount of money from his product. These goals have never changed. They have remained the same for the entire duration of his time at the head of WWE. The changes have been in WWE’s performance, and the gigantic decline in popularity of the product. Understand what the product is? No? Okay.

Any product, in order to sell and make money, must be so freakin good that it forces those with money to surrender it in order to obtain said product.

WWE’s ‘product’ used to be so good, that companies, sponsorships and television networks (which contain insane amounts of sponsorship money), didn’t care what the hell was going on in WWE. the product was so popular, that rules didn’t matter and demographics as far as kids / men / women held no weight. Everyone was watching.

You were watching WWE, (and WCW just before it), seeing every commercial, buying every slim jim, every pair of Lugz, and everything else that was being shown to you.

These days? WWE’s product, as a whole, is hot garbage. An abyss of terrible, bad, and just ‘alright.’

The flagship of this product is only accepted by 60% of the audience that watches. 4 in 10 can’t stand Cena. That’s almost half.  Networks, companies, and sponsorships don’t do halves. As such, now the networks and sponsors are in control and they have the power to force WWE into it’s current state in order to safeguard themselves. They market to children because the niche is making money, the sponsors see this and won’t allow them to take risks.

So now Vince McMahon, in order to keep making money, is forced to water down his product. Not because he necessarily wants to but because the shoe is on the other foot and he has to. It has nothing to do with the product changing in the way most people perceive it. It has nothing to do with the quality of the wrestlers who have worked their asses off, or the talent of the writers.

Problem is, the wrestlers who work hard and make connections to the audience just happen to be wrestlers with ‘Attitude Era’ styles who simply can’t be unleashed to their full potential because McMahon is not allowed to unleash them.

That means those who normally would be able to carry the brand to glory are passed over for guys like, uh, anybody not named Randy Orton right now.

Daniel Bryan is going to get a shot not because he has finally earned it, but because everybody else is gone and at least they know he can carry the weight. Be clear – he is an Attitude Era baby and he will have to be handled that way. R-Truth goes only so high now that he has been built up properly, but they never seem to push him over the top. Why? Because that dude is evil and you can’t change him on television.

Notice how they are holding back CM Punk? Yeah, that man could become the next mega star if the WWE Corporation backstage allows it to happen.

Business hasn’t changed. It’s all about power. Look at pro wrestling companies world-wide outside of WWE in relation to the markets they’re in. Even TNA in it’s WWE-lite mode right now brings it much harder, even though their shows look like they’ve been put together by an epileptic who just watched Kanye West’s ‘All of The Lights’ video, because the demands on them are smaller and they don’t have to be PG if they don’t want to be.

The PG era will remain until Vince, (or whoever comes after him), takes a slight financial shot in order to build up a proper stable of mega stars again. Then that money and the theme of the programming will shift again.

They’ll probably need help. WCW is the reason an Attitude Era was allowed the first time around. That’s why so many people are so angry with TNA. [smart] Fans understand that they are not under the same constraints as WWE but choose to copy / paste them anyway. Fans know that TNA is their only hope right now to rise up, because that would then give WWE the proof they need to say: “See, it doesn’t have to be so childish – let us run with it like they run with it and the money will come.”

And there you have it.

I am the lead writer at “The Wrestling Cafe”. Check out the site at: http://www.thewrestlingcafe.com/.