By OWW Contributor on October 9, 2018@owwcom 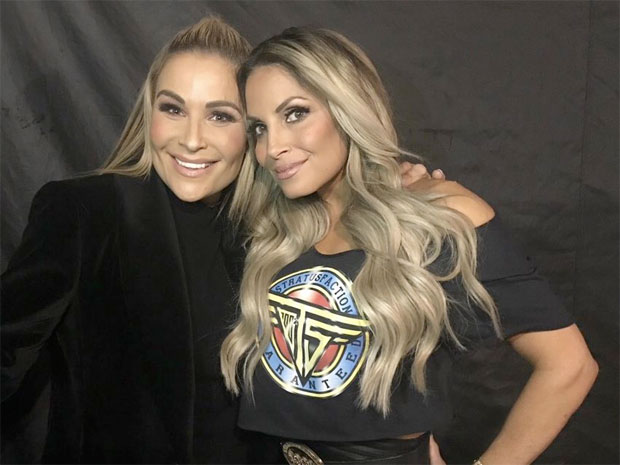 This week on Twitter, @mickeymua asked me if I could step in the ring with any woman from the past, who would it be? Two words: Trish. Stratus. Trish is a seven-time WWE women’s champion and one of the most iconic women to ever set foot in the ring. She’s also smart, funny, pretty, super ambitious, fierce and a fellow Canadian. In short, she’s everything I aspire to be. I already got the Canadian part down, so that’s a great start. With just four weeks until Evolution, WWE’s first-ever all-women’s pay-per-view, I wanted to be enlightened by a woman who has inspired generations of women to reach for their WWE dreams.

I asked Trish what her thoughts are heading into her match at Evolution against resident WWE bad girl Alexa Bliss. “Proud. Honoured. Nervous. (But don’t tell Alexa Bliss that!). When we were competing in the so called ‘Golden Era’, we never could have imagined we’d be where we are today – an all-women’s pay-per-view. It’s amazing, as back then we felt accomplished just getting a match on a pay-per-view event, and here we are with an entire event devoted to us!”