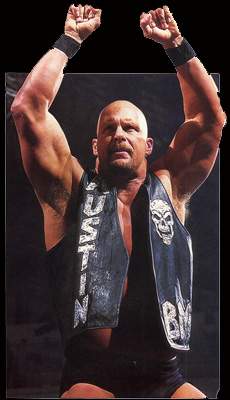 GOLDBERG,STONE COLD STEVE AUSTIN,ROWDY PIPER & MYSTERY GUEST APPEARING LIVE WRESTLEFANFEST IN SAN FRANCISCO OCT 19-21 COW PALACE
Â
As we are now less then one and half months away from this spectacular event, we wanted to get some updated information out to everyone.
Â
The Live Wrestling PPV Show Malice in the Palace will take place on Friday October 19, 2007 at 8PM. It was switched from Saturday to Friday due to the MMA PPV event needing to be on Saturday so that the California Athletic Commission could staff it properly. This change has allowed us to open the door for additional surprise guests to be announced soon.

Â
We also want to welcome our newest sponsor Gladiator Extreme Energy Drink who will be on hand with new guests at their booth for the weekend to feature:
* Rikishi
* Kevin Sullivan
* Powers of Pain Warlord and Barbarian with Mr Fuji
* Orlando Jordan
* Black Pearl
* And More Soon
These autographs and photo ops are separate and will need to be purchased at the GCW booth the day of the event.
Â
We are also pleased to announce the attendance of Team 3D or also known as The Dudley Boyz who have been added to the event!
Â
There is less then 75 tickets left for GoldBerg,Stone Cold and Rowdy Piper. Please do not get shut out and get your tickets early.
Â
We are in the process of hiring an outside company for digital camera photo ops and print on site to assist with issues of delay, or poor picture quality. We are hoping this will help.
Â
We are also almost completely sold out of the VIP passes. Make sure if you are interested in the VIP pass, you purchase soon.
Â
The VIP after party tickets are selling quickly and you can attend the party which included with your after party ticket you get food, admission and VIP access.
Â
The MMA fight card is finally completed with the following top fights signed:
Jake Shields Vs. Joe Riggs
Nick Diaz Vs. Jason Gilliam
Jeff Munson Vs. Chris Marez
Plus Tapouts Matt Major, Dammaccio Page
Leland Chapman and Mia St John on Pro Debuts
You can purchase tickets at www.ticketmaster.com
Â
Also, UFC is hosting a PPV that same night in Ohio and we have a special offer thanks to MMA-KO where anyone who attends the MMA Pay Per View at the Cow Palace will be able to show their ticket at the After Party and get free access into a special tent to watch the UFC Pay Per View event for FREE starting at 11PM Saturday October 20, 2007. This gives those fans an opportunity to watch the live event then go see the UFC Pay Per View FOR FREE. Those wanting to get into the after party, will still need to purchase a ticket if you want to participate in the after party.
Â
We are getting close, so get your tickets now and we look forward to everything coming up within the next 2 months!!!
Â
SPUSA
Â
Check Out Our Up Coming Event
www.wrestlefanfest.com
Â
Visit our online store
www.wrestlefanfeststore.com