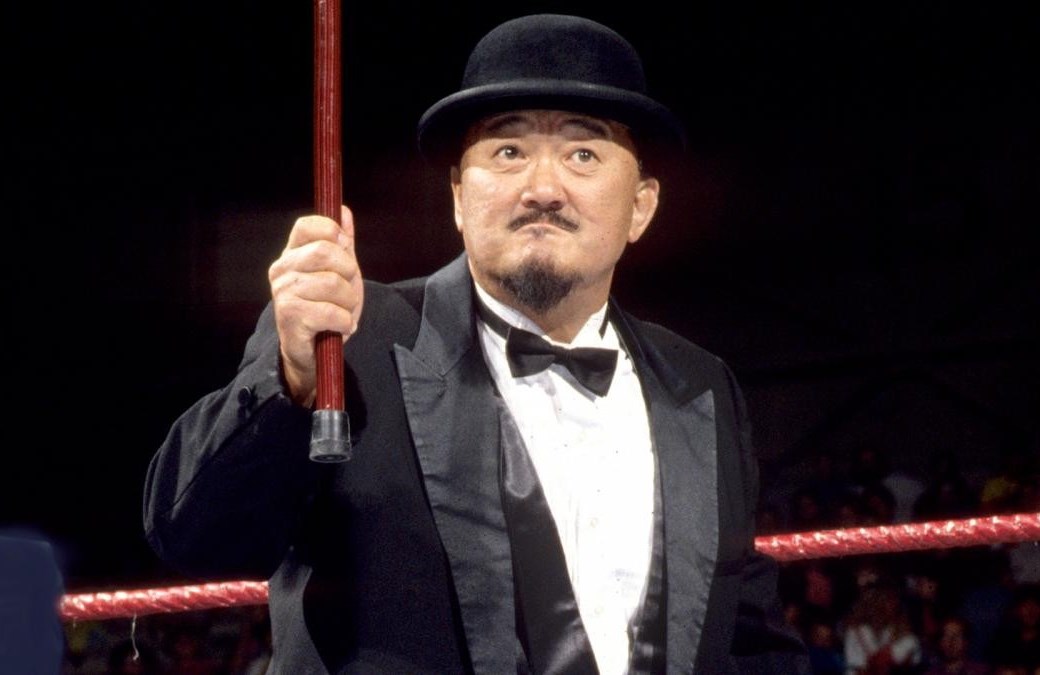 The professional wrestling industry is filled with all different kinds of characters and gimmicks. What is considered by some fans and wrestling journalists as the most-successful character in the history of WWE is The Undertaker, a “Deadman” who has, at times, supposedly possessed special powers and who has been an individual who could not be defeated in certain cases. This character has come back from the “dead” on multiple occasions, his spirit has risen to the heavens, and he has even managed to survive being buried alive. When you think about it, Undertaker has had a rough life since first appearing on WWE television.

Another tradition in the wrestling business has been for companies such as the WWE, World Championship Wrestling, the National Wrestling Alliance, Ring of Honor and other promotions to feature “foreign” performers who feuded with babyfaces. Such an evil individual from a far-away land would, in promos, bash American fans and squash American babyface wrestlers, angering fans in attendance and upsetting those watching on television. This would continue until a hero representing the United States would emerge and defeat the foreign wrestling. It was simple and easy, and it also drew money throughout the 1970s, 1980s and even portions of the 1990s.

Pro wrestling is, of course, a work, and thus the characters that are presented on television shows such as Raw are not, in fact, always representations of the actual people playing those roles. Plenty of supposed foreign wrestlers were, in fact, from the good ol’ United States. This includes individuals who are currently featured in the WWE and other promotions. While much has changed about the pro wrestling industry over the past several decades, we hope that “foreign” wrestlers will remain mainstays of the WWE roster for years to come. Some things, it turns out, never get old.

Any young person in the industry who plans to one day play the role of an evil foreign manager needs to go back and watch Mr. Fuji. While Fuji was often criticized by wrestling journalists such as Dave Meltzer, he was a classic bad guy from another country who easily drew heat from younger audiences who wanted to cheer on American heroes. The funny thing, of course, is that Harry Fujiwara was actually born in Hawaii. He did well to play up to stereotypes and have a career in the wrestling industry for decades, and he managed a variety of acts while working for the WWE.

You probably remember Nikita Koloff as being “The Russian Nightmare” and a heel answer for “The American Dream” Dusty Rhodes and for other American babyfaces. Before he played a menacing bad guy from the Soviet Union, Nikita was an accomplished and impressive athlete. Nikita got into weightlifting at a young age and played football at both the high school and collegiate levels. Injuries stopped his playing days before he was ever able to have a real shot at the NFL. Pro football’s loss was, of course, pro wrestling’s gain, as Nikita found success working in Jim Crocket Promotions while feuding with Ric Flair.

American wrestling fans who mostly watched the WWE and WCW during the 1990s probably remember Masahiro Chono as being featured in certain video games, and also as being a Japanese representative of the New World Order stable. While Chono did get his start in the business working overseas, he was born in the state of Washington. Fans looking to watch Chono work matches against performers they will recognize should look up contests that featured Chono facing Chris Jericho, Hulk Hogan and Steve Austin. Ironically, Austin injured Chono with the same piledriver move that shortened Austin’s WWE career when it was just getting hot.

One of the truly entertaining parts about Chris Jericho playing a heel is that he has, in the past, changed where he is from based upon the reactions that it will get from audiences. Jericho has been from Florida at some points. It has been said that Y2J is from Canada in other situations. The truth of the matter is that Jericho was born in Manhasset, New York at a time when his father was playing for the New York Rangers. Jericho did eventually move up north, where he grew up in Winnipeg, and that is where his love of the wrestling industry grew. Just think that the Y2J persona could have been one taking the NHL by storm. That would have been interesting.