Home / Columns / Wrestlers Who Got To Work With Their Wives

Wrestlers Who Got To Work With Their Wives 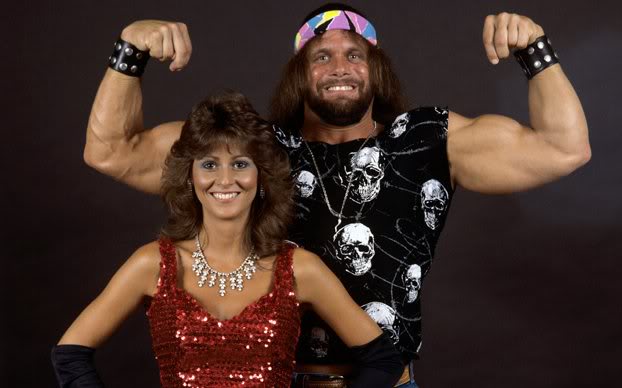 Courtesy of TheSportster.com:  The world of entertainment and professional sports is littered with stories about broken homes and short marriages. On one hand, it is suggested that the schedule and life of a professional athlete is not conducive to establishing a solid home life. While an athlete’s spouse is at home, an athlete experiences the highs and lows of his or her professional life in virtual isolation, sometimes succumbing to the vices that present themselves on the road.

The world of wrestling is a bit different. Some wrestlers have been able to successfully negotiate to create opportunities to travel with their wives – often resulting in the couple becoming characters on television. Of course, this can create a whole other slate of challenges for relationships that can be equally difficult to navigate, as you will soon learn.

The following list showcases 20 professional wrestling couples – some which have endured the test of time and others which have suffered the predestined fate that seems to be written for celebrity marriages. Maybe you’re familiar with some of these wrestling couples who share a common connection through the “squared circle.”

Check out how 20 of your favorite real-life wrestling couples have fared in the unpredictable world of wrestling.

Long before Goldust was making audiences squeamish in the WWE with his Goldust character and the cigar-smoking Marlena in his corner as the director, “Exotic” Adrian Street was prancing through taboo territory on the independent scene and creating a memorable legacy with his soon-to-be-wife Linda at his side. Originally from England, Street had laid a solid foundation for his ring career, but it wasn’t until he came to America, donned flowery and colorful ring gear, feather boas and elaborate robes, and portrayed himself as an effeminate homosexual that he broke through as a marquee attraction that promoters wanted to have in their territory.

Together, the couple not only made a mark for themselves as wrestlers, but also recorded two albums, appeared in Grunt! The Wrestling Movie and then later launched a successful wrestling apparel business from their home in Florida. The couple remains together even to this day, and were finally married in 2005 after decades of partnership.

One of the most dramatic situations in the storeyed career of Jerry “The King” Lawler came about when the WWE elected to release his wife Stacy “The Kat” Carter from her contract. Though Lawler was an embedded fixture in the company as a member of the broadcast team and an occasional attraction between the ropes, Jerry walked out of his job to stand by his wife. Up until that point, the two had been separate on WWE programming, though they were frequently visible together for independent appearances and autograph signings.

The marriage — like Lawler’s protest — was doomed, as not long after the release, Carter ended the relationship. Lawler returned to action in the WWE, mending relationships with Vince McMahon and has remained a fixture of the company in the years since. Though Lawler has been married on multiple occasions, his relationship with Carter marked a rare instance in which life and work intersected.