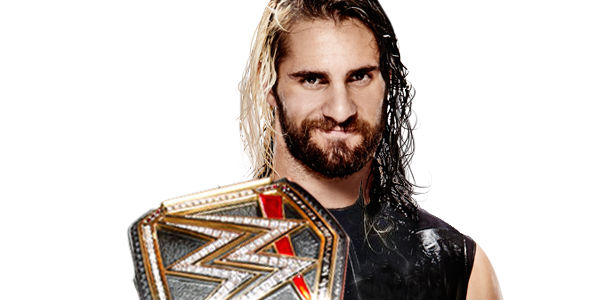 WrestleZone Radio recently spoke with Sam Roberts regarding the current situation with Seth Rollins and the WWE Championship. It’s a very fun, exclusive interview for WrestleZone.

Here are some quotes:

On his gut reaction to the news of Seth Rollins’ injury:

SR: My gut reaction, when I first heard it was I love Seth Rollins. The fact that he could have theoretically held the title from WrestleMania to WrestleMania was something that I and I think a bunch of people had fallen in love with a little bit. Now that I’ve kind of sat on it for a little while ultimately I think it’s going to be pretty positive for Seth Rollins believe it or not. I know he’ll be missed and there’s nobody on the roster that does anything like him. To me he’s my favorite guy on the roster right now. I think a lot of people, whether they admit it or not, have to know that he’s one of if not the best guys. Especially with the young guys on the roster. He’s going to be missed. There’s no getting past that and I feel like when he comes back finally it’ll be similar to when Triple H was out 15 years ago or however long ago it was for 6-9 months with a similar injury. He was the biggest thing there was when he came back. I truly believe that without even trying Seth Rollins is going to be the biggest good guy in the company when he gets back.

On how he would like to see the tournament to crown a new WWE World Heavyweight Champion handled:

SR: I hope that it’s as big a tournament as possible. I hope that it’s a sixteen man. I think this is the moment to really start showcasing who you’ve got on the roster. You don’t need every person in a sixteen man tournament to be a potential main eventer. You can put in Dolph Ziggler and Tyler Breeze, you can make that match happen, and you can make it a first round tournament match. You can put Neville and The Miz or Stardust in a tournament. You can bring up 2-3 guys from NXT and just put them in the first round of the tournament. If you get a sixteen man tournament then you’re taking this scenario where it’s like, “Ok, we don’t have a World Champion. We don’t have John Cena. We don’t have Randy Orton. So, let’s use this moment to showcase as much of what we do have as humanly possible.” I think the way you do that is to put together your sixteen best guys. A couple of them from NXT and do a one night, sixteen man tournament.

On who he would like to see win this tournament and become the new WWE World Heavyweight Champion:

Check out the full interview here!