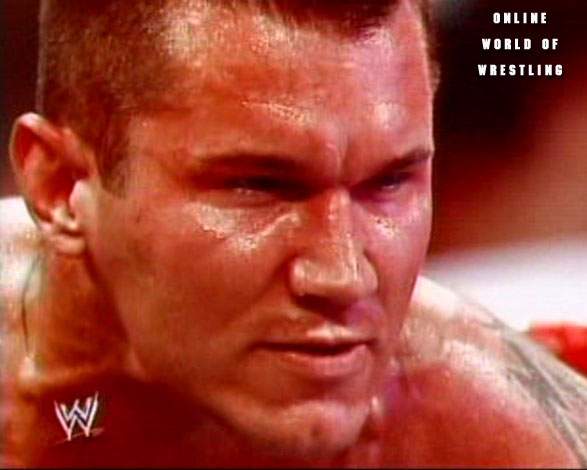 A rumor is swirling that World Wrestling Entertainment star Randy Orton attempted suicide within the last year. Very well-placed wrestling sources tell me that the rumor is true. In the wake of the June murder-suicide of Chris Benoit and the scandal involving scads of WWE performers who ordered steroids and human growth hormone from the Internet gray-market dealer Signature Pharmacy, this is serious stuff.

Itâ€™s already clear that WWEâ€™s response to the Signature revelations â€” generated by the district attorney in Albany, New York, and reported by Sports Illustrated and others â€” is a joke. Some vague number of the miscreant wrestlers, not named, were â€œsuspended,â€ but the suspension appears to have consisted of simply being downgraded for a few weeks in TV storylines.

From the same evidence, Randy Orton was not touched at all. That is more than a little strange. Ortonâ€™s Signature Pharmacy order marked, at the very least, his second â€œstrikeâ€ under WWEâ€™s so-called wellness policy, which would have called for a 60-day (rather than a 30-day) suspension.

The suicide whispers mark the problem as more than a game of â€œgotchaâ€ or even taste (Orton acquired the gimmick â€œLegend Killerâ€ after WWE blithely turned Eddie Guerreroâ€™s 2005 death into just another â€œangleâ€). Itâ€™s a matter of life and death.

Orton, 27, is a third-generation wrestler. He is engaged to marry Samantha Speno, a part-time gymnastics teacher, this fall. Last year Randy and Samantha moved into a country-club estate in High Ridge, Missouri (suburban St. Louis), complete with a gym, a hot tub, and four decks.

Over to you, WWE.