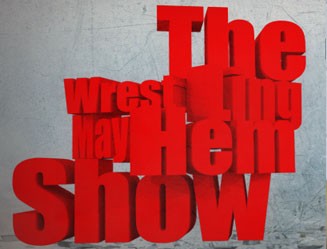 The Wrestling Mayhem Show (WMS) recently interviewed two of the hottest names in the wrestling industry in Bobby Fish and Su Yung.

Fish is currently one half of the Ring Of Honor (ROH) world tag team champions. Fish also competes in various other independent promotions.

The interview with Fish can be seen here:

The WMS also talked with Su Yung, who has quickly become a top name on the independent wrestling circuit as a wrestler/manager.

Yung is the current ACW Joshi champion, and a former WWE developmental star competing in Florida Championship Wrestling under the name “Sonia”. She has recently worked the Shine 14 show and is also featured on SHIMMER volume 59, as well as other independent wrestling shows.

The brief conversation with Yung can be seen here at the 50 minute mark on WMS 393:

The WMS made its debut as a podcast in January 2006, and has amassed over 250 episodes in five years of production.  The show brings together a panel from all over The United States to discuss the latest news in professional wrestling in an irreverent and entertaining manner!

WMS can be seen every Tuesday around 9 P.M. to about 11 P.M. Eastern Time on live.sorgatronmedia.com, and later on iTunes, Blip.tv, Roku, Youtube and other video and podcast networks.

All links and other information can be found at wrestlingmayhemshow.com, the show’s official Website.

WMS and other productions are produced by Sorgatron Media.