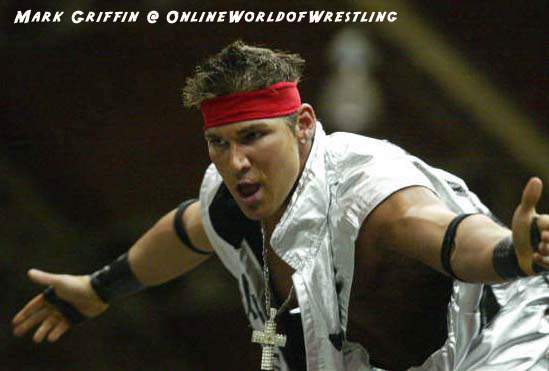 Thomas is the latest professional wrestler to donate his brain to concussion research.

The Sports Legacy Institute (SLI), founded by former WWE wrestler Chris Nowinski and Dr. Robert Cantu, is the recipient of Thomas’s donation, which is part of an effort to further understand concussions and their effect on the brain.

The SLI, founded in 2008, is dedicated to advancing the health and wellness of athletes and improving the safety of sports & other athletic endeavors.

“It’s the least I can do, to help other wrestlers and athletes after me,” Thomas says of his involvement with the SLI.

Former NHL star Keith Primeau, whose career was cut short due to multiple concussions, is among the professional athletes who’ve pledged to donate their brains after death, joining several pro wrestlers in the cause.

Thomas was tight-lipped but excited about the event.

“The fans will have to wait and see what I have in store, and I’ll have to wait to see their reaction. But it’s going to be awesome,” Thomas says of the NECW event in Quincy.

Thomas is fresh off an appearance on “The Figure Four Daily,” a very popular Internet radio show about wrestling, hosted by pro grappler Bryan Alvarez. Thomas appeared on September 8.

“’Figure Four Daily’ is a major wrestling talk show,” Thomas said when asked about his appearance. “It’s really big, and I’m proud to be a part of it now.”

For more information about the SLI and its mission, visit www.sportslegacy.org.

For more information about the NECW event on September 19, visit www.NECWrestling.com.

ABOUT “THE PROMISE” ANTONIO THOMAS

Thomas was called up to WWE Raw in April 2005 where he became one half of the re-named “Heart Throbs” and where he produced memorable feuds with William Regal and Tajiri, Hurricane and Rosey, Lance Cade and Trevor Murdoch, Val Venis and Viscera.

After parting ways with the WWE in February 2006, Thomas became busier than ever, returning to work numerous promotions throughout the Country, as well as going back to where it all began for him on the New England scene, reuniting with Bradley and his WFA, Sheldon Goldberg‘s New England Championship Wrestling, and Chaotic Wrestling, among numerous of others.

Antonio performed in shows for TNA in 2007, including Destination X Pay-Per-View in March against Voodoo Kin Mafia-Kip and B.G. James as well as touring for Nu-Wrestling Evolution (NWE) in Europe.

In addition to a hectic and busy wrestling schedule, Thomas is a lifelong workout and fitness enthusiast in addition to being a certified personal trainer, working his way towards an eventual Masters Degree in Exercise Science and Strength and Conditioning.

Eclectic Media Productions was formed in 2007 by Shannon Rose. Our mission is to provide our clients with the best in Public Relations.

Our motto is “Your One Stop to Take You to the Top!”