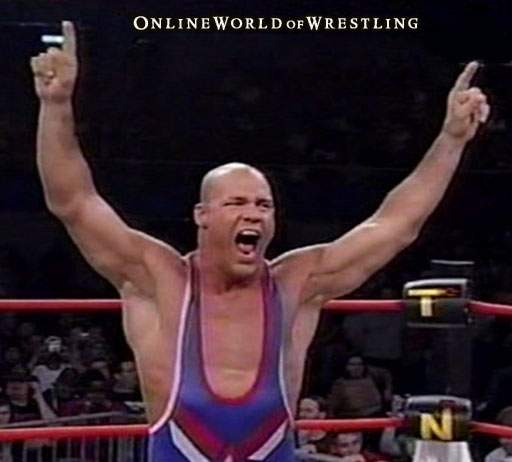 Wrestling Star Popped for DUI
Posted Oct 3rd 2007 6:35PM by TMZ Staff
Filed under: Celebrity Justice
Kurt Angle, the former WWE and current TNA wrestling star, was charged with DUI and careless driving after being pulled over on the afternoon of September 28.

Angle was arrested at his home in Moon Township, Penn. after a witness spotted a white Cadillac Escalade driving erratically after pulling out of a local bar. The registration of that vehicle led police to Angle’s home, where cops say he admitted to driving the vehicle and that he had just left the bar in question.

Officers then say Angle showed “signs of intoxication,” and they administered a field sobriety test, which he failed. Angle was then placed under arrest and taken to a local hospital where he refused to take a blood test.

No future hearing has been set.

Angle won an Olympic gold medal in freestyle wrestling in 1996. Calls to Angle’s reps were not immediately returned.