Home / WWE / “Wrestling with the Truth” by Bruno Lauer

“Wrestling with the Truth” by Bruno Lauer 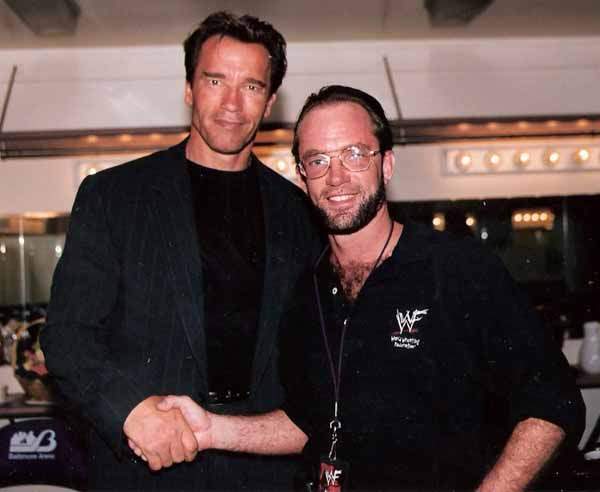 Current WWE employee Bruno Lauer (aka Downtown Bruno, aka Harvey Wippleman) has released his hilarious biography, “Wrestling with the Truth,” through Scott Teal’s Crowbar Press (www.crowbarpress.com). The book was launched at the recent Cauliflower Ally Club reunion, but is now available exclusively through www.1wrestlinglegends.com – get your hands on this great book today!

“Bruno’s book is phenomenal and I highly recommend it to everybody. You will learn a lot about the business of professional wrestling, and in the process, you will laugh your ass off.” – Kurt Angle

“Entertaining, visual, and vicious. A memorable memoir by a veteran performer who has seen and done it all in sports entertainment.” – Chris Jericho, New York Times best-selling author

“A unique perspective from one of the most unique characters in the history of the wrestling business.” – Mick Foley, New York Times best-selling author

“Wrestling with the Truth” is the title of this book, but it doesn’t mean what you think it does. Bruno Lauer has no problem telling the truth. He believes in telling it like it is, and after spending 29 years as a manager in the business of professional wrestling, he has a lot of stories to tell.

The story of Bruno Lauer, known professionally as Downtown Bruno and Harvey Wippleman, relates the fascinating, and often hilarious, story of his life. Direct and opinionated, he doesn’t hold back anything, sharing both the good and the bad things that happened to him. Even his close friends aren’t safe from his scrutiny. Take it from Mick Foley, who read the first draft of the book and found himself on the receiving end of a few barbs thrown by Bruno: “Bruno’s honesty can be, at times, a little painful.”
As he retraces every step of his career, Bruno’s account of his life as a “sports entertainment” performer begins at age 13, when he joins a traveling wrestling troupe at a carnival, and ends when he wins the WWF “Women’s” world championship wrestling title on prime-time national television.

This autobiography, complemented by 94 photos culled from Bruno’s personal scrapbooks, is a fresh glimpse of life behind the curtain of professional sports entertainment. As full of action, entertainment, heartbreak, and drama as anything that takes place inside a professional wrestling ring, “Wrestling with the Truth” is the story of a man who struggled to find his place in the wrestling business, and the success that came through his perseverance.