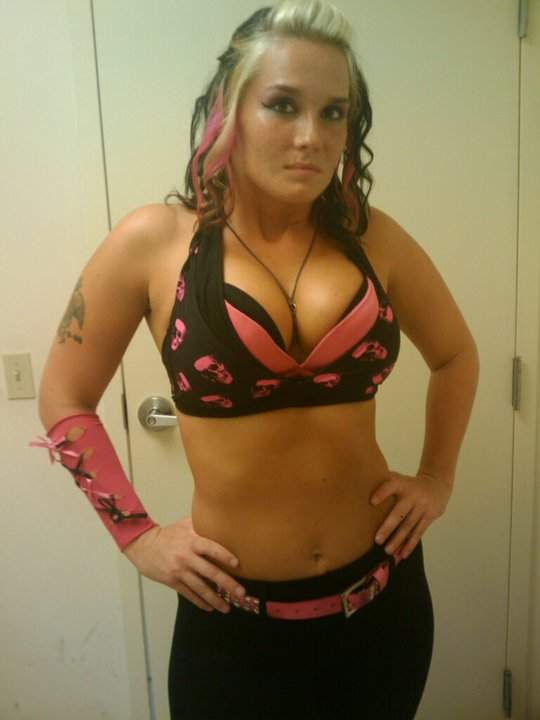 WSU returned to iPPV this past Saturday night on March 5th to present our Four Year Anniversary Show, which is traditionally the biggest event in womens wrestling of the calendar year. The show was full of many twists and surprises! Here is the rundown:

All three inductee speeches were very moving and emotional, especially Amy Lee who inducted Luna Vachon. A special tribute video Luna aired, while Ivory & April Hunter made acceptance speeches. WSU is proud to honor these three in our Hall of Fame.

Alicia d. Jazz, afterwards Alicia & Jazz embraced. Alicia made it clear she would cash in her open contract to challenge for any WSU Championship later tonight. Jazz said while Alicia was the better wrestler tonight, she still wasn’t done in WSU and wanted a chance to hold WSU gold.

Kellie Skater d. Barbie after a kick to the head.

After the match, Savage was furious and laid out Rick Cataldo with a diamond cutter! Savage said she was sick of the Cosmo Club losing and disbanded the group! Savage told the crowd not to cheer for her for laying out Rick Cataldo because if she had the chance, she’d do the same thing to every single one of them!

For the WSU World Championship
(c) Mercedes Martinez d. Serena Deeb to retain the title for a 36th time
This was a personal match that all started when Serena debuted in WSU and tried to get into Mercedes Martinez’s head by cutting her hair off. Martinez won this match after a brainbuster.

After the match Alicia came out to cash in her championship contract….

For the WSU World Championship
(c) Mercedes Martinez vs Alicia went to a No-Contest
After Alicia hit 2 michinoku drivers, Alicia went for the cover to seemingly become new WSU Champion. However, the lights went off and when the lights went on, Jessicka Havok was in the ring. Havok destroyed Alicia with the WSU Championship. Havok said when she debuted in WSU 2 years ago, Alicia returned from her retirement in grand fashion, using the lights off/lights on trick. Havok said this was payback. Havok said she had destroyed Rain’s Army, beat the biggest bitch in WSU in Amy Lee & beat ODB. Havok said next on her check list was Alicia, the WSU Icon, then told Mercedes Martinez once she was done with Alicia, she was coming for the WSU World Title.

This concluded the iPPV.

This was WSU’s biggest show of all time and has gotten rave reviews all over the internet. You can watch the iPPV replay here:
http://www.gofightlive.tv/Events/Fight/Wrestling/WSU__4th_Anniversary_Show/939

But don’t take our word for it, check out these reviews of the show:

WSU returns on 4/2 with a double show with NWS, as we will present the Women’s J-Cup and King & Queen of the Ring Tournaments.

We will be releasing the 4 Year Anniversary Show on DVD as well as the Hall of Fame ceremony with special bonus matches.

We will have new press releases this week about all the upcoming news in the worlds most busiest womens wrestling promotion. Please check our Facebook page for live updates and pictures from the show.

Thank you for reading this press release & for your support of WSU.