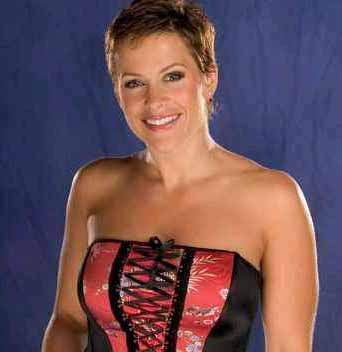 WSU 3/6 Quick Results
WOMEN SUPERSTARS UNCENSORED
In front of a sold out standing room only crowd:

Just like last year, the Hall of Fame ceremony came off very classy and showed moments of pure genuine emotion and respect.

Dawn Marie, who brought up that she was named commissioner in WSU before her most recent pregnancy announced she had been watching WSU during her time off from WSU. Dawn said that she was making Amber O’Neal vs Jazz a number 1 contenders match, due to Amber’s undefeated streak and because Jazz was one of the best in the world. Rain & Amber O’Neal came to interrupt, but before they could get a word in edge-wise, Dawn said that she has been watching what Rain has been up to in WSU and announced that MOLLY HOLLY would be the special guest referee for the main event.

WSU Tag Champion Angel Orsini d. Amy Lee & Sumie Sakai in a WSU Streetfight
Amy Lee returned to WSU and made  a speech that only she could make. Orsini said she was here for a fight, and despite Nikki’s injury, Orsini would not be taking the night off. Sumie Sakai answered Orsini’s open challenge, only for Amy Lee to come out to make this match a three way dance.

April Hunter d. Traci Brooks
After the match, The Boston Shore ran out and attacked April Hunter. In a line that silenced & shocked the rabid crowd, Amber said that Killer Kowalski would be rolling in his grave if he saw April today. Before the Boston Shore could go in for the kill, Traci Brooks ran out to help April. Traci said that she was recently unemployed and would be taking a job with WSU. Traci said that there is time for a new tag team in WSU, the new & improved TNA or Traci ‘N April. April said they will take on the Boston Shore anywhere and anytime, and said it’s only a matter of time before the Boston Shore would find out how something that looked so good, could hurt so bad!

Amber O’Neal d. Jazz to push her undefeated win streak to 6-0
This match saw Referee Kenny Edwards get knocked down. Jazz put Amber O’Neal in the bytch clamp then went for the pin but the ref was stunned. Referee Johnny Q ran in to make the cover, but enough time had passed for Amber to kick out. Jazz, in a momentary lapse, went to argue with Johnny Q. Amber shoved Jazz into Johnny Q, then put Jazz in her flipping backslide, which original referee Kenny Edwards saw to count the 1-2-3.  As a result, Amber O’Neal became the number 1 contender to the WSU World Title.

Mercedes Martinez d. Rain to retain the WSU World Title in a WSU Uncensored Rules match, in a match that Molly Holly refereed

What a way to close the show as Martinez & Rain kicked the living crap out of each other for 35 minutes in this anything goes match. Tables, guardrails, chairs and bodies were sacrificed in this match. After the match, Molly Holly told WSUWrestling.com that she had never seen a match like this ever before. This intense and bitter feud produced one of the greatest main events in WSU history as both Martinez  & Rain were white hot in this epic clash for the WSU World Title. This is easily the first major candidate for womens match of the year for 2010.

WSU will like to thank the sold out standing room only crowd for celebrating our three year anniversary with us. We will have a complete report, plus tons of pictures in an upcoming update.
For more, check out WSUWrestling.com