WSU “On The Road” News & Results 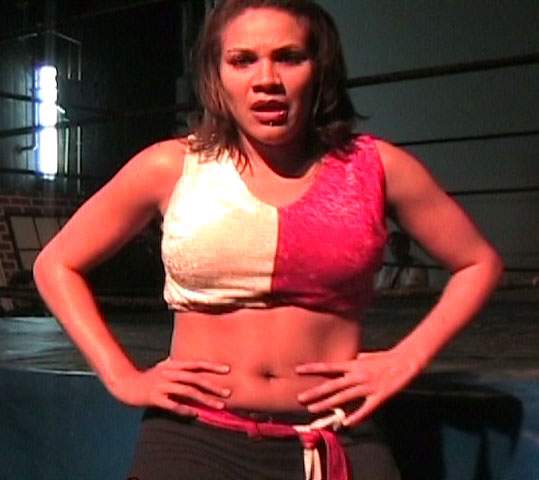 WSU the leader in womens wrestling today, returned this past Saturday for two “On The Road” matches, matches that will appear on the upcoming WSU “On The Road Spring Tour” DVD.

At our big brother promotion, National Wrestling Superstars (NWS) in Brick, NJ, new WSU Tag Team Champion Jana was upset by rookie sensation Niya! While Jana was able to dominate most of the match, Niya was able to catch Jana out of no where to win the match via pinfall! Jana was enraged after the match and has expressed interest in a rematch with the rookie.

Mercedes Martinez, defending her championship for the 23rd time since winning it on 3/7/09, dropped a bombshell after the match. Martinez said Evolve is where the big boys come to play, and she wanted Evolve to be the place where the big girls come to play too. Mercedes Martinez challenged Amazing Kong (aka Awesome Kong) for the next Evolve event in Rahway, NJ on 9/11. Kong, a regular in WSU, has yet to respond to the challenge, but if history is any indication, Kong never backs down from a challenge!

WSU which returns on 6/26 for our huge Uncensored Rumble 3 event in Union City, NJ (Full details at WSUWrestling.com), has several more stops on our “On The Road” tour.

On May 15th, at ICW in Queens, NY, in a dream tag team match, June 26th opponents, Mercedes Martinez & Alicia will team up for the first time ever taking on Brittney Savage and the person who main evented the first ever WSU show 3+ years ago Talia Madison, or as she’s currently known as today, Velvet Sky! Traci Brooks has also just been named the special referee of this match. Full details, check out ICWZone.com

On June 5th, at NYWC in Woodside, NY, a special grudge match has been signed, as Angel Orsini will do battle with WSU Tag Team Champion Jana. These two have had a history in WSU, with most recently, Jana taking away Angel Orsini’s tag team title. For more details on this show, check out NYWCWrestling.com

WSU is also in negotiations for more future matches, so stay tuned for more information.

WSU has also released a ton of new DVDs on our DOIVideo.com website, including the 2010 J-Cup and 2010 King/Queen Tournaments. Make sure to check otu these DVDs today!

Don’t forget about the big UNCENSORED RUMBLE 3 event, on 6/26 when WSU returns again for our next full blown show. Talent scheduled to appear on that date are: Mercedes Martinez, Alicia, Awesome Kong, Rain, Lacey, Mickie Knuckles, Amy Lee, Nikki Roxx, Jazz, Amber O’Neal, Angel Orsini, Jessicka Havok, Jana, Cindy Rogers, Alere Little Feather, Latasha, Sassy Stephanie, Amber, Lexxus, Niya, Divina Fly, Becky Bayless & so much more. WSU would also like to make it known that April Hunter, who was previously advertised, will not be able to make the event as scheduled to due an injury. April will be back in WSU once she is recovered.
For more details on the huge 6/26 event, visit WSUWrestling.com

For pictures of the Mercedes Martinez vs Brittney Savage match, check out:
http://www.declarationofindependents.net/forum2/viewtopic.php?f=4&t=17482