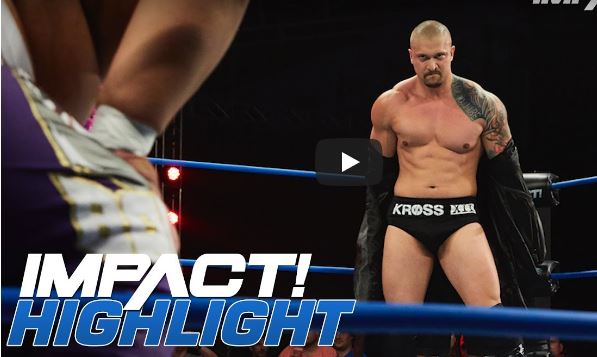 WWE officials are interested in signing Impact Wrestling star Killer Kross, according to the Wrestling Observer Newsletter. No word yet on if WWE has put feelers out to Kross but they are interested in the 33 year old because of his size and look. Kross stands at 6 foot 4 inches and weighs in at 265 pounds. It was noted that New Japan Pro Wrestling also has interest in signing the big man.

Kross started with Lucha Underground in 2015 and recently debuted as The White Rabbit. He began working with Lucha Libre AAA Worldwide in 2017 and made his Impact debut earlier this summer. Kross, who won the Rising Star Award at the 2018 Cauliflower Alley Club ceremony, is currently involved in a stable with Moose and Impact World Heavyweight Champion Austin Aries.