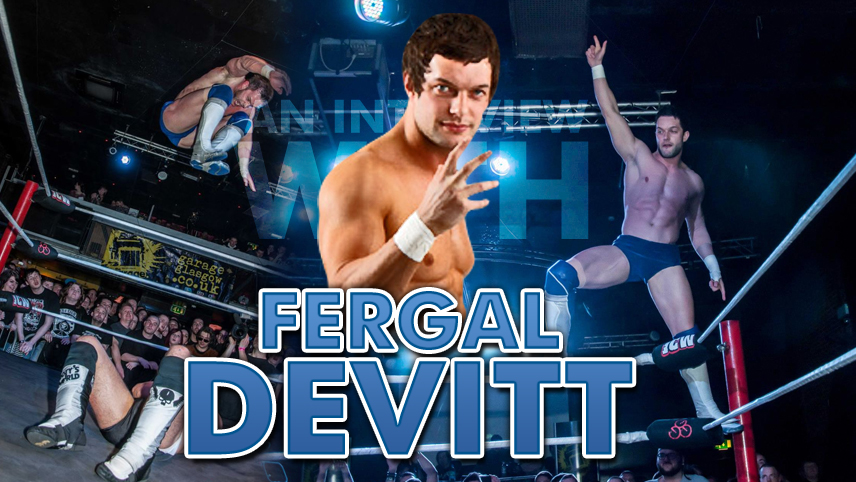 WWE has signed international Superstar Fergal Devitt to its NXT division. He will report to the WWE Performance Center in Orlando, Florida, today, WWE.com has confirmed.

“This is something I’ve been looking forward to since I was maybe four or five years old,” Devitt told WWE.com last week, while preparing for the trip in his home country of Ireland. “I grew up watching wrestling my whole life, so to get the chance to step in the ring that I’ve watched on TV so many times is a dream come true.”

Prior to signing with WWE, Devitt was widely considered one of the most highly touted free agents in sports-entertainment. Hailing from Bray, County Wicklow, Ireland, his path to NXT and WWE has been circuitous: Initially trained in England, Devitt honed his craft in the U.K. and U.S. independent scenes before entering the notoriously disciplined dojos of New Japan Pro Wrestling. He also competed in Mexico, though it was in New Japan that he rose to greatest prominence, under the name Prince Devitt.

During his eight-year tenure there, Devitt captured the group’s prestigious IWGP Junior Heavyweight Championship three times, and he won New Japan’s Best of the Super Juniors tournament — the same tournament won by the likes of WWE Hall of Famer Eddie Guerrero — twice, in 2010 and 2013. Devitt went undefeated in last year’s edition of the round-robin tournament.

Now, he’s excited to move on to the next stage of his career, in WWE. A self-described “chameleon in the ring,” Devitt prides himself on adapting to his surroundings wherever he goes. Despite the anticipation that’s surrounded his signing, he’s quick to note it’ll be “back to square one” when he gets to the WWE Performance Center.

10 things you didn’t know about the WWE Performance Center

“I don’t consider myself anywhere close to the finished product, so I’m looking forward to this challenge and learning a new style,” he said.

This won’t be Devitt’s first time at the Performance Center. He visited the facility months ago, during which time he met the coaching staff. The Center, which recently celebrated its one-year anniversary, exceeded Devitt’s already-high expectations.

“I’ve seen a lot of different training schools and dojos, and the sheer level of professionalism at the Performance Center and the state-of-the-art facility just knocked me for a six. It really blew me away,” he said.

Though perhaps an unknown entity to many WWE fans, Devitt is a familiar face to several members of the NXT locker room, most notably NXT Champion Adrian Neville, whom Devitt wrestled in Japan, and newcomer Becky Lynch, whom he helped train. He’s anxious to have the chance to get in the ring again with Neville, as well as Sami Zayn, who he said “stands out.”

“We kinda missed each other, played crisscross, but never had a chance to lock up on the independent circuit, so that’d be something I’d really look forward to,” Devitt said of Zayn.

On the main roster, Devitt said there’s one absolute goal: “The target would be John Cena, because if you’re wrestling John Cena, you’re in the main event.” Still, he’d also like to tie up or team up with fellow Irishman Sheamus. Devitt and Sheamus started their careers in Ireland around the same time, but because they worked for competing organizations, they never battled, only knew each other by reputation.

“I think it’s definitely a good thing and the company’s obviously looking forward,” Devitt said of WWE’s current talent recruitment. “It’s bringing in some well-traveled performers, so I think for NXT, it’s a good thing.”

It’s just that worldly experience that Devitt credited with readying him for the demanding rigor of WWE’s proving ground.

“It’s helped me and my confidence, both in and out of the ring,” Devitt said of his travels. “I never feel out of my depth of experience. I’ve been put into a lot of situations that could be stressful. That’s really helped me mature, both as a performer and as a man.”

Whether the WWE Universe will ever see Devitt sporting some of the flashier elements that made him stand out in Japan — the Chris Jericho-esque light-up ring jacket or sprawling, comic book-inspired body-paint designs — remains to be seen.