Home / WWE / Seth Rollins on life as a pro wrestler

Seth Rollins on life as a pro wrestler 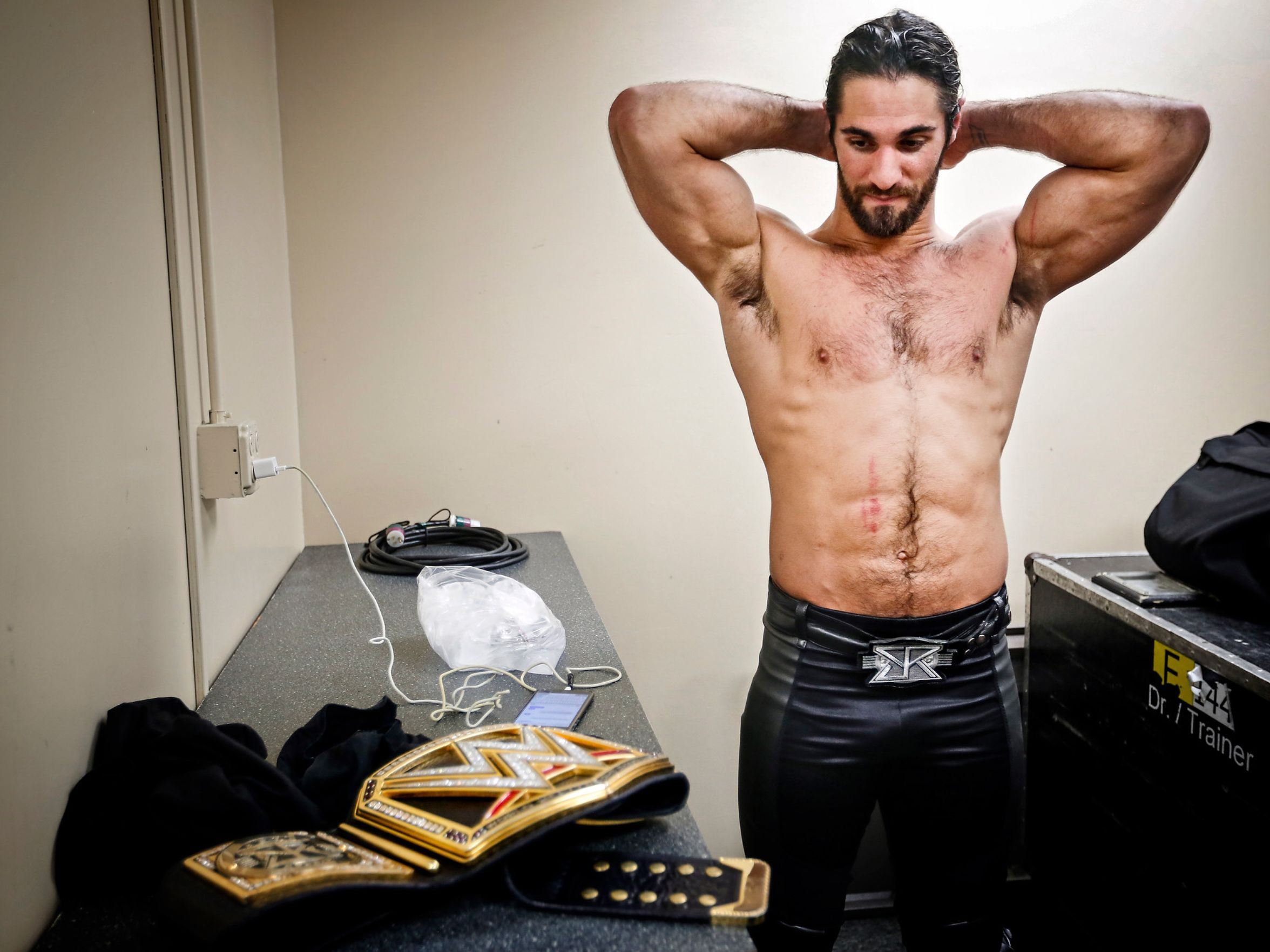 WWE Superstar Seth Rollins strutted out from behind a Jumbotron playing his highlight reel and into controlled bedlam.

Through blinding flashing lights, the screams of more than 5,500 people muffled both a drum solo throbbing from the loud speakers and the announcer’s attempts to declare that Rollins hails “from Davenport, Iowa.”

But the audience at the Quad Cities’ iWireless Center knew where Rollins is from…because it’s where they’re from, too.

Countless handwritten signs read, “Welcome Home, Seth!”, while an especially bright one sparkled, “Will you go to prom with me, Seth?”

Standing in the ring, his chest bare and his wet hair hanging below his shoulders, Rollins, 28, snarled like Mick Jagger as he held up the World Heavyweight Championship title, a big gold belt won at WrestleMania, WWE’s marquee event.

He’s the only Iowan to ever win that title.

For Rollins, who grew up in Davenport, this was his heavyweight homecoming.

WWE Superstar Seth Rollins lives in his hometown of Davenport Iowa to help keep himself grounded.

The Davenport West grad fell in love with wrestling during a show at the Wharton Field House, just two miles from the ring he stood in. He’d honed his skills scrapping with his brother and scraping by in the local independent wrestling scene. Now, he’s the champ, and this was the first time he’d taken a Quad Cities’ stage since winning the title.

“It will be emotional,” Rollins said as he sipped coffee earlier in the day. “This is my place. I’ve lived here my whole life basically, and my family is here, and now I get to walk in as the WWE Heavyweight Champion. It’ll be different than any other (performance).”

But being a champion is more than just flash bulbs and champagne. It’s hours at the gym, nights in far-flung hotel rooms, days away from friends and family and months of plotting to stay on top.

The Register spent time with Rollins, whose legal name is Colby Lopez, while he was in the Quad Cities for a taping of WWE’s weekly show “SmackDown,” consistently the top-rated regularly scheduled program on SyFy, according to WWE.

Between hours of media appearances, workouts and preparing for the show, Rollins barely had time to sit down, let alone to answer all the calls, texts and Facebook messages from friends hoping to grab a moment with the champion.

This is a day in the life of Seth Rollins.