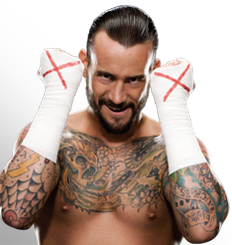 WWE Champion CM Punk participated in a Q&A session at the at Wizard World Chicago Comic-Con event this past weekend.  Thanks to WrestlingRambles.com for these highlights:

Retirement: Punk talked about retiring from wrestling. He said that he will be 34 in a few months and that is too old to be able to perform at a high level in professional wrestling. Punk said he won’t be another Triple H or Undertaker. Those two guys are currently older than 40 and still performing in the ring. Punk said when he does retire, he will leave the wrestling business for at least two years. I think he said if he does return to wrestling, he won’t make a return to the ring. His retirement will not be like a Terry Funk retirement. Punk said he feels good now and he wants to stay healthy after he is retired. Punk said he has had one surgery and he never wants another surgery ever again. Punk said that he doesn’t want to say when he might retire because the answer would “depress the hell” out of everyone.

Kevin Nash’s Recent Rant About Smaller Wrestlers: Punk said that it is Nash’s opinion and you can’t hate someone’s opinion just because you don’t agree with it.

JTG’s Twitter Rant: CM Punk said if JTG had a problem with something, he should have talked to Vince McMahon or someone backstage instead of ranting about it on Twitter. Punk said that although his original Pipe Bomb promo was a public rant just like JTG, everything Punk said during the promo were the same things he had been saying to Vince for months.

Have His Feelings About WWE Changed Since Last Year: Punk said it’s different now because he is a lot less pissed off than he was back then.

His WrestleMania 29 Opponent: Punk was asked if he would rather face The Rock or John Cena at WrestleMania, and Punk said he wants to face The Rock so he could try to have a better match with Rock than Cena did and then be able to tell Cena that Punk’s match was better. Punk made it sound like Rock and Cena are the top two possible opponents for WrestleMania next year.  Punk said it’s unlikely he will face Stone Cold anytime soon because Stone Cold just had knee surgery. Punk said the match will only happen if Stone Cold wants it to happen.

The New WWE Title Belt: CM Punk talked about a new design for the WWE Championship title. I think he said it’s coming soon and it will be something he helped create. He teased that it could happen at SummerSlam or maybe at the next Pay-Per-View after SummerSlam which is in Boston, John Cena’s hometown.