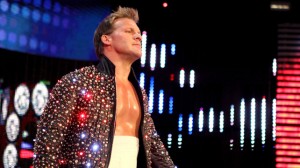 And now, the WWE Universe must refer to the storied grappling career of Chris Jericho in the past tense.

It seems unfair and almost surreal for Y2J’s tenure in WWE to end the way it did on the Aug. 20 edition of Raw. This is the Superstar who once beat “Stone Cold” Steve Austin and The Rock in the same night to become the first Undisputed WWE Champion in history. This is the competitor who once went toe-to-toe on The Grandest Stage of Them All with Mr. WrestleMania himself, Shawn Michaels. This is the proud warrior who recently put all of his formidable talents on display to defeat Dolph Ziggler, an opponent nearly 10 years his junior, at The 25th Anniversary of SummerSlam.

Then again, the meteoric rise and abrupt fall of Chris Jericho is as much a wrestling success story as any to ever come from ringside. The tale begins with a kid from Winnipeg, Manitoba, one who experienced love at first sight as he watched the likes of Jesse “The Body” Ventura, Hulk Hogan and his other favorite AWA competitors on a television in his grandmother’s basement.

That kid grew up to be a student of the squared circle and, more importantly, a pupil of the legendary Hart Dungeon. The skills Jericho acquired under the stewardship of Stu Hart helped him make a splash in rings across North America and across the Pacific Ocean in Japan. A lot of success in those formative years in international rings as well as a few good references soon helped Y2J get the attention of Jim Cornette’s traditionally grounded Smoky Mountain Wrestling and then Paul Heyman’s anything but traditional promotion, Extreme Championship Wrestling (ECW).

Soon after, Jericho won championship gold by defeating Pitbull No. 2 at Hardcore Heaven 1996 to become the ECW World Television Title holder (WATCH), but that triumph would simply mark the start of his rise to prominence in the ring. One year later, The Lionheart brought his tactical superiority, high-flying maneuvers and his antagonistic personality to World Championship Wrestling and started mowing down the competition immediately.

QUESTION:  What are some of your favorite Chris Jericho moments?