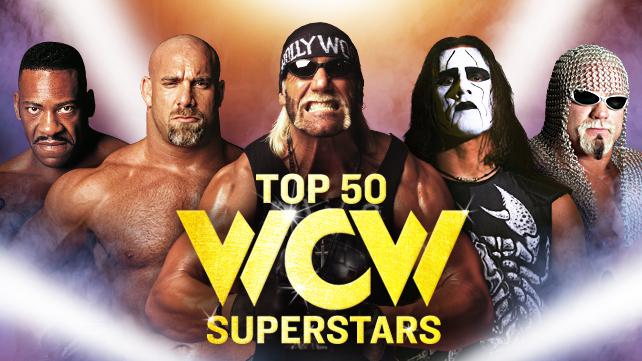 WCW is the greatest rival WWE has ever faced. The Monday Night Wars are one of the most pivotal battles in the history of sports-entertainment. WCW’s success rested on the shoulders of experienced competitors and high-flying young ring warriors. More than a decade since the demise of the Atlanta-based organization, WWE Classics lists the Top 50 WCW Superstars of all-time.

But before you cover the WWE Classics’ Facebook wall with missives like “What about Tully Blanchard???,” take a moment to read the guidelines the WWE Classics team followed when compiling this list.

1. Eligibility begins with Ted Turner’s purchase of WCW in 1988. Anything from Jim Crockett Promotions and NWA predating this is ineligible. We think Magnum T.A. is a boss, but he was never part of WCW from 1988-2001.

2. Competitors were rated only on their accomplishments while in WCW, so the achievements of Bret “Hit Man” Hart in WWE, for example, had no bearing on his placement.

3. Rankings were based on everything from longevity to cultural impact. Personal biases may have also crept in, as witnessed by a heated discussion over the significance of Glacier.

Okay, now that that’s out of the way, here are the 50 greatest Superstars in WCW history as decided by a team of editors, a WWE Hall of Famer and the simple, widely-known fact that Sid is the ruler of the world.