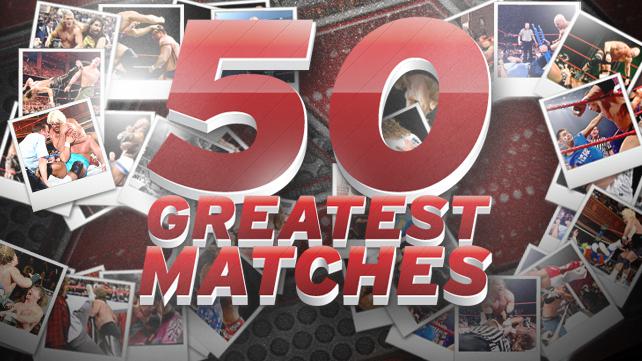 The enormity of 20 years of Raw is staggering in its own right, but what about the thousands of matches that went into filling the minutes between “Stone Cold” Steve Austin’s invasion of Brian Pillman’s home and Mae Young‘s procreation of a rubber hand?

There have been unforgettable title changes on Raw, dramatic Ladder Matches, and on at least one occasion, a bout where all the competitors dressed up like NBA players. In this article, WWE.com honors the 50 greatest Monday night matches that inspired emotion, wonder and chants of “This is awesome!” from the WWE Universe.