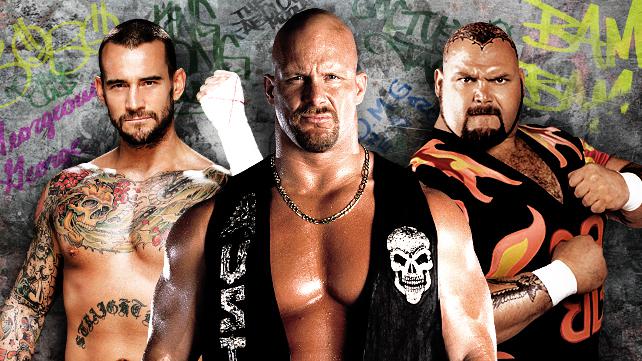 What’s in a name? A hell of a lot, as it turns out. Just ask Steve Austin. Back before he was the biggest thing in WWE, the tough Texan was a Million Dollar Man protégé glumly named “The Ringmaster.” When Austin told WWE brass he wanted a new moniker, they came back with pitches like “Ice Dagger” and — we kid you not — “Chilly McFreeze.” It wasn’t until Austin’s wife told him to drink his tea before it got “stone cold” that the Superstar hit upon a name that fit his developing personality of a callous badass.

So, yeah, a name definitely means something in a business in which presentation is everything — unless you think high school kids would’ve been wearing “Chilly McFreeze 3:16” shirts to chemistry class. And these 50 Superstars had the best of ’em.