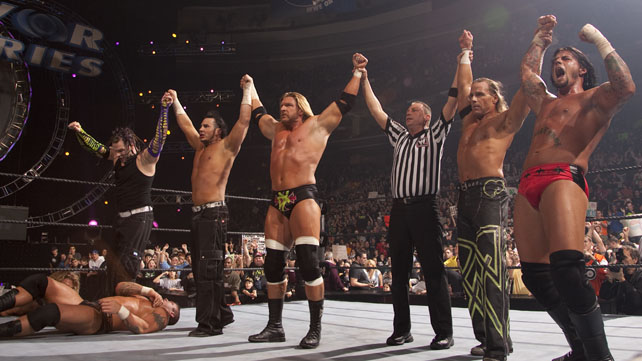 In the November issue of WWE Magazine, editors from both WWE.com and the magazine made their case for the best Survivor Series squad in WWE history. You’ve read the arguments, and now it’s YOUR turn to make your voices heard.

It’s down to the final four super squads. Vote for your picks in the semifinals matchups below, and the winning team will advance, eventually crowning the greatest team ever assembled.

Keep checking back here for poll results and to vote again in the following rounds!

Check out the full article here: