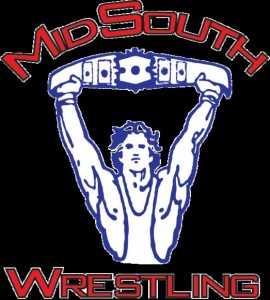 David Dexter reports that the WWE has finally completed its deal to get ahold of the Mid-South tape library. WWE negotiated a deal with Ene Watts–Bill Watts’ ex-wife–and the Watts Family for around 1,200 hours of Mid-South footage from the late 1970s to the 1980s. Ene got the footage in her divorce settlement with Watts.

Jim Ross commented on the deal, saying, “If fans are able to somewhere down the road buy volumes where they can see X number of weeks of television or by the year where there’s X number of episodes on a multi-disc set, they’re going to see how it was like reading an action adventure book. One chapter led to the next chapter led to the next with a crescendo and then a payoff, and then the book continues.”

He continued, “I think the episodic nature of it will be very entertaining, and then the other thing is there are a lot of guys who really established their body of work in that company that went on to do some really great things later in their careers on a higher level [nationally and internationally]. Seeing a young Ted DiBiase [in Mid-South], Ric Flair as the traveling NWA champion, guys like the Junkyard Dog and Butch Reed who was a great antagonist and a great protagonist — probably under-rated, by and large — and there were so many guys who came through there like the Steiner brothers and Magnum T.A. Guys like that, people will get to see their formative years, and to me it’s always fun as a fan because you can see glimpses of greatness, but you can also see a little bit of green, varying levels. So there’s inexperience, too, and it’s unique to see how they evolved.”