WWE: Fixing the problem of the neglected United States title 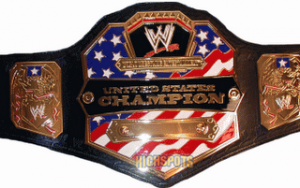 The WWE United States Heavyweight Championship has been neglected pretty badly, but it doesn’t have to be.

For wrestling fans who only know about the title’s history over the last couple of years, they have no idea just how important this title belt used to be.

Looking over the WWE roster, it doesn’t have to be, though.  There’s a really simple solution for WWE to make the belt at least relevant.  WWE should first put the title on Cody Rhodes, who is someone that many view as a future main event player for the company.Then they should try to consistently give him a storyline (and perhaps a title match on a pay per view). It’s a simple, but very effective and it will work.

Instead, the title is stuck with Antonio Cesaro, who is someone that the crowd simply does not seem to be connecting at all with. WWE is far better of giving it to someone who will be able to elevate the US Title and himself.

The WWE United States Heavyweight Championship is now less important than the Divas championship, it seems.

Giving Rhodes a feud each month would be a good (and simple) way to solve that problem.

If not Cody, there are plenty of other options.The Smackdown roster is filled with ultra talented wrestlers that can be used to build up the US title again.  Everything that WWE needs in order to have a competitive and relevant US title division is right there.

The only missing ingredient is desire. Not the wrestlers’ desire; management’s desire.  WWE simply does not want any focus on the US title right now.

— Pavitar Sidhu is a guest columnist and the lead writer at “The Wrestling Cafe”.

Check out the site here: http://www.thewrestlingcafe.com/

Related Items
← Previous Story 15 WWE Superstars and Divas that should return for ‘one more match’!
Next Story → OWW’s This Week in Wrestling – 8/27/2012