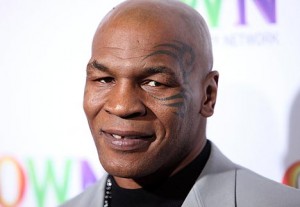 David Dexter reports that WWE Hall of Famer and boxing legend Mike Tyson has signed a book deal with Blue Rider Press that will bring a printed version of his one man show “The Undisputed Truth” to bookshelves this summer.

Tyson’s one man show ran for several weeks on Broadway, following a Las Vegas run. The autobiographical show tells the story of Tyson’s life in his own words.

Tyson was inducted into the WWE Hall of Fame at Wrestlemania 28 weekend in Miami. Tyson was the referee when Steve Austin won the WWF title at Wrestlemania 14 in Boston, MA and has hosted Raw, including an in-ring wrestling appearance. He’s been a huge wrestling fan since he was a child growing up in New York City. Tyson is included in the new WWE ’13 videogame as well.