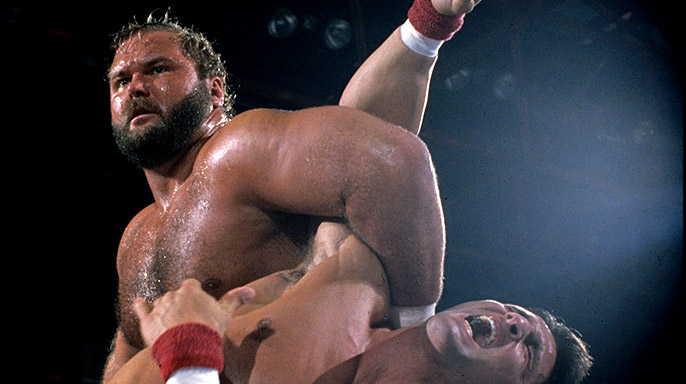 The Cauliflower Alley Club is pleased to announce that WWE Hall of Famer and pro wrestling legend Arn Anderson will be honored at the upcoming CAC Reunion with the 2016 Lou Thesz/Art Abrams Lifetime Achievement Award! As stated on the CAC website, the winner of this award must “have had a strong amateur grounding as well as a widely-recognized, widely respected professional wrestling career. In addition, the nominee must have also achieved success in other areas of the business, which in combination have brought credit to the profession. Areas meriting consideration in addition to wrestling itself include promotion, broadcasting, managing, refereeing, announcing, booking, or other areas associated with the presentation and/or management of the wrestling industry.” There is no arguing the credentials of Arn Anderson! His presence in Las Vegas will be a wonderful addition to the CAC’s 51st reunion!

Here is a look at Arn Anderson’s great career, courtesy in part to Wikipedia:

Arn Anderson, born Martin Anthony Lunde on September 20, 1958, enjoyed a career highlighted by his alliances with Ric Flair and various members of the The Four Horsemen in the NWA/WCW.

Martin Lunde began his career in early 1982, trained by Ted Lipscomb (Allen) spending much of the year wrestling in various independent wrestling companies across the United States. By the middle of 1983, he made his way to Southeastern Championship Wrestling, an NWA affiliated promotion operating out of Tennessee and Alabama. Taking the name of “Super Olympia”, Lunde soon became a member of Ron Fuller‘s Stud Stable before the year was out. Lunde saw success in the tag team ranks by winning the NWA Southeastern Tag Team Championship three times with Mr. Olympia and once with Pat Rose throughout 1984. It was also here in this promotion that Lunde met and began what would become a lifelong friendship with Flair. By the end of the year, however, Lunde left the company and joined Mid South Wrestling based out of Shreveport. Lunde’s time in Mid South was coming to an end and during a TV taping the Junk Yard Dog mentioned to Bill Watts, the owner of Mid South Wrestling, that Lunde looked like an Anderson. Watts called Jim Crockett and convinced him to book Lunde.

Lunde made his way to Jim Crockett, Jr.‘s Mid-Atlantic Championship Wrestling based in the Virginias and the Carolinas. By this time, the company extended its range into Georgia after rival promoter Vince McMahon purchased Georgia Championship Wrestling. There was a strong physical resemblance between Lunde and Ole Anderson, who had achieved legendary status in the Georgia and Mid-Atlantic territories as a tag team wrestler. Ole noticed that Lunde’s style was a no nonsense approach in the ring and specialized in working over a part of an opponent’s body throughout the match, much like Ole himself. Anderson agreed to work with Lunde, helping to hone his capabilities, and re-formed the Minnesota Wrecking Crew with Lunde replacing Gene Anderson and taking on the name of Arn Anderson, Ole’s kayfabe nephew. The team quickly became a force in the territory by capturing the NWA National Tag Team Championship in March 1985. Arn and Ole defended the titles throughout the year, with their highest profile match being part of the card for Starrcade 1985 on Thanksgiving night. The Crew successfully defended the titles against Wahoo McDaniel and Billy Jack Haynes.

In the latter half of 1985, the Andersons formed a loose knit alliance with fellow heels Tully Blanchard and Ric Flair, as they began to have common enemies. The foursome frequently teamed together in six and, sometimes, eight-man tag matches or interfered in each other’s matches to help score a victory or, at least, to prevent each other from losing their titles. The alliance quickly became a force within the territory, working in feuds against some of the biggest stars in the company like Dusty Rhodes, Magnum T.A., The Road Warriors and the Rock ‘n’ Roll Express. Anderson also saw success as a singles wrestler on January 4, 1986 by winning the vacant NWA Television Championship. Simultaneously, Anderson was still one half of the NWA National Tag Team Champions and, even though Crockett promotions abandoned the National Tag titles in March, Anderson’s success as a duo champion elevated his status within the territory.

It was also during this time (in 1986) that the Andersons, Blanchard, and Flair began calling themselves The Four Horsemen with James J. Dillon serving as the group’s manager. Anderson also had a tremendous ability to do interviews to further the storylines he participated in. His ability to improvise in interviews allowed him to coin the “Four Horsemen” moniker for the stable, as he likened their coming to wrestle at an event and the aftermath of their wrath as being akin to the Four Horsemen of the Apocalypse, and the name stuck. Anderson continued his reign as NWA Television Champion for most of the year, holding the championship for just over 9 months before losing it to Dusty Rhodes on September 9, 1986.

The first real setback with the Horsemen occurred at Starrcade 1986 after Anderson and Ole lost a Steel Cage match to The Rock ‘n’ Roll Express, with Ole getting pinned. The subsequent storyline positioned Ole as the weak link within the team, possibly attributed to his age. Ole’s position with the group was only further weakened after he decided to take two months off after Starrcade. After Ole’s return in February 1987, the other Horsemen turned on him and threw him out of the group, resulting in Ole incurring numerous attacks over the next several months. Afterwards, Ole was replaced with Lex Luger and the Horsemen resumed their dominance of the company.

The legacy of Arn Anderson is secure within wrestling history and the CAC is proud to recognize him with the 2016 Lou Thesz/Art Abrams Lifetime Achievement Award!

Watch some of Arn Anderson’s career highlights below:

Related Itemsarn andersonCAC
← Previous Story 11 Greatest Finishers in WWE History
Next Story → “Whatever Happened to Gorgeous George?” is back in print