WWE Hell in a Cell Review 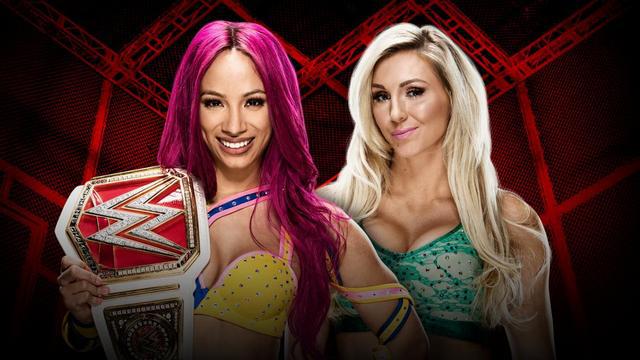 WWE Hell in a Cell Review
October 31, 2016
By: Mike Tedesco of Wrestleview.com

Since WWE has introduced Hell in a Cell as a yearly PPV in 2009 featuring multiple Hell in a Cell matches on the show, the impact of this once imposing and money drawing match was greatly affected except in certain instances (it really did help to save this year’s WrestleMania). Usually when October rolls around, this is just another PPV on the WWE calendar that you’ve just got to get through. Watching feuds that have no logical business being forced into the cell to go through matches that are physical, but quickly forgotten about is a yearly tradition now. Except for last year when Undertaker and Brock Lesnar fought inside the cell to end their epic feud, I can’t think of a single match that’s been presented on this PPV event that has truly belonged in the cell. In many instances, the cell is just one of a series of matches that a feud contains. This used to be the be all, end all for feuds.

Who would have thought that with how watered down the Hell in a Cell has become and how pretty unimportant this event has been since its introduction in 2009 that real WWE history would be made? For the first time ever, Vince McMahon allowed women to wrestle in the main event of a PPV, only it wasn’t just any match. It was a Hell in a Cell match, another first. The old man caved after much speculation and let it happen. Now WWE will spend the next six months congratulating themselves on breaking down barriers that they put up and kept up themselves for years. Still, that doesn’t take away from the fact that something special happened at this event.

So how was this historic match? How was the rest of the match? Let’s talk about this show.

WWE catches up to the times with women athletes

I guess I should preface this by saying the important thing is WWE has finally pushed the monkey off its back and caught up to the times with women athletes. After seeing a template for how successful it can be to build an event around a strong woman with how UFC was with Ronda Rousey (though to be fair, on many cards she wasn’t the sole attraction), Vince McMahon still had to be dragged kicking and screaming into allowing this to happen. It was kicked around for this entire week whether or not they’d be in the main event. This morning, McMahon finally set it in stone and opened up his mind to something that goes against every old school notion he has about professional wrestling. Well, the old school professional wrestling that he’s aware of that is. Thanks to the wonderful documentary “Lipstick and Dynamite,” it’s shown that women in the 1940s and 1950s routinely main evented cards around the country and were large draws. Still, taking so long to just let it happen hurt a bit. This is something that should have been decided a while back so they could properly promote this and make the most out of it.

Ok, enough of that. You’re probably wondering what I thought of the match. I’m going to say this: the match itself is largely unimportant in the grand scheme of things. The result was the wrong result, but they worked hard in this match and kept it representative of what the Hell in a Cell match has come to be known as today. That’s what will be remembered. People will remember that Sasha Banks and Charlotte Flair were the first (and probably last for quite some time I’m sure) women to main event a PPV. They were given a lot of time and went about fifteen minutes past 11:00 PM EST to make sure they could get enough time to build. I really liked how they kicked off the proceedings with a big brawl through the crowd before faking an injury with Banks. There were a few flubs and Banks naturally spiked herself on her head a few times. Being that they were going on last, they should have ended this historic moment with the feel good moment of the hometown girl overcoming the odds to retain her title, but for whatever reason they went against doing that. Still, like I said, that’s unimportant in the grand scheme.