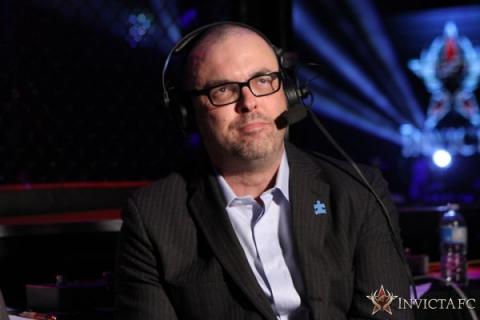 As WWE was airing their final big event of the year with TLC, SI.com media critic and wrestling fan Richard Deitsch broke the news that longtime boxing, MMA, and New Japan Pro Wrestling play-by-play man Mauro Ranallo will be announced Monday as the new lead announcer on WWE Smackdown when the show moves to USA Network in January.

Ranallo told SI that Michael Cole had reached out to him a month ago to ask if he had interest in working with WWE. Ranallo sent along some clips, including some commentary he did for a mock Floyd Mayweather vs. Warren Buffett fight for a Berkshire Hathaway shareholder conference. From the interview: “This was an opportunity I did not think I would get at this point of my career and I jumped on it,” Ranallo said. “I have been a lifelong fan of the product. Michael said that when Vince saw the Warren Buffet video, it seemed to cinch it. They believed I could sell the entertainment part.”

Ranallo will continue to call both boxing for Showtime and GLORY kickboxing for ESPN, but will be a full-time employee of WWE, working backstage at RAW and other broadcasts in an unspecified capacity. While it wasn’t mentioned in the piece, it can be assumed Ranallo will no longer be calling NJPW on AXS TV. It’s also uncertain who his broadcast partners will be.