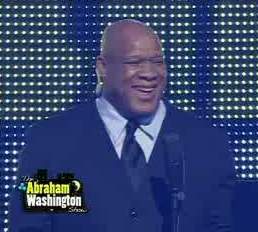 By: Bob Colling from http://wrestlingrecaps.wordpress.com/
(Over 600 reviews including shows from WWE, WCW, ECW, TNA, ROH and many, many more!)

To start off the interview, Atlas talks about all the countries that he has been able to visit throughout his wrestling career. Atlas is very gracious for what the wrestling business has given him.

Moments later, Atlas goes over the reasons for losing his fortunes and losing his wrestling career. Some of the reasons included drug usage and being a womanizer. Atlas also notes that he was homeless at one point.

Spec Sun asks if Atlas has any good stories about Mark Henry from his latest WWE run. Atlas puts over Mark Henry as an amazing person. Atlas tells a story where Henry pushed a bus during a tour in Germany.
Gene calls in and asks about Rocky Johnson. Atlas says he loves Rocky Johnson, despite not saying the nicest things about him in a shoot interview a few years ago. Atlas explains why he said the negative things in the shoot interview, and how he came to realize he shouldn’t have blamed Rocky for what was going in the WWF around their time. Atlas mentions that he may have had only two African American friends throughout his wrestling career because he was a threat to their spot. Jack notes that the “Racism in Wrestling” chapter of Atlas’s book is a must read.

A caller asks about stories about Larry Zbyszko and Bobby Heenan. Atlas didn’t work with them but he knows that Zbyszko really wanted to be like Bruno as Larry would talk about Bruno all the time. Atlas notes that during his time the baby faces didn’t hang out with heels or they would be fired.

Taso calls in and asks about Atlas run on ECW and working with Abraham Washington. Atlas talks about the writers for the WWE and finds it remarkable that they can develop new ideas. Atlas notes that during his time that promoters would change their roster every two years or so. Atlas says people remain interested in him because he worked with Mark Henry for a year and only worked with Abraham Washington for eight months. He says he hasn’t been overexposed. Atlas believes it is very easy nowadays to be overexposed because of the many different outlets fans can see wrestlers. Atlas uses an example from last Monday where a fan said they saw his work on RAW on YouTube.

Jack asks about the WD40 segment and if Atlas actually put that on his body. Atlas didn’t do that as he was just told to think of something crazy. He thought that was pretty crazy.

Atlas talks about Mae Young’s journey to the Old School RAW show and it is quite a interesting journey to say the least. Atlas mentions that Young is 94 years old and says that fans don’t see just want the performers do to make the shows.

A caller asks if Atlas thinks he can wrestle in the ring. Atlas says that if they allowed Atlas to go into the ring and wrestle the way he wrestled in his earlier career, then yes he could still wrestle. However, he can not wrestle with a script.

Jack plugs Atlas’s appearances for All Out Mayhem which happened last Saturday.

Atlas plugs his book “Atlas: Too Much, Too Soon” which can be bought at www.crowbarpress.com Jack puts over the book as a great book with Atlas being open about his drug use, steroid use and even the women involved in wrestling. Atlas would like to see the book made into a movie.

To hear the complete interview, which lasts over an hour, head over to www.inyourheadonline.com