WWE is live from MSG tonight

By OWW Contributor on October 3, 2015@owwcom 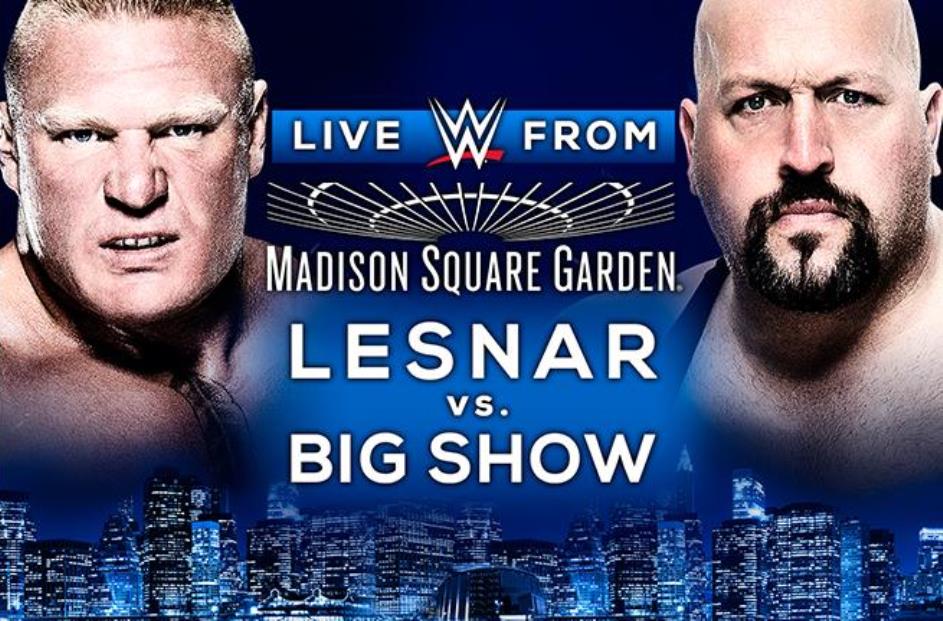 For the first time in more than a decade, The World’s Most Famous Arena will feel the wrath of The Beast Incarnate as Brock Lesnar enters the hallowed halls to compete in an epic clash of titans against Big Show. Can The Conqueror overcome the all-out fury of The World’s Largest Athlete?

In addition, “The Champ is here!” Yes, John Cena returns to MSG to put his United States Title on the line against WWE World Heavyweight Champion Seth Rollins inside a steel cage! Will The Architect once again make history by dethroning the leader of the Cenation when the two competitors wage war inside the unforgiving structure?

Plus, following the controversial ending to the WWE Tag Team Title Match at Night of Champions, The Dudley Boyz have been granted a championship rematch against The New Day at MSG. Can Bubba Ray & D-Von pick up where they left off and end the obnoxious champions’ reign?