WWE King Of The Ring Tournament Returns Next Week, Bracket & Prediction Inside! 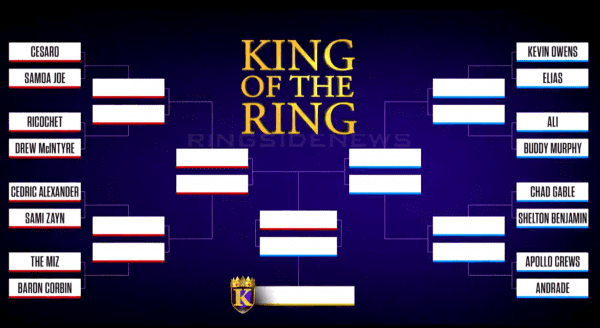 You can check out the entire bracket below. It looks like WWE has some really good matches in the first round alone. Therefore, this should be an exciting build toward Clash Of Champions on September 15th where a new King Of The Ring will be crowned. Here Is our predictions:

4-Andrade with Zelina Vega def. Apollo Crews (these two just had a rivalry).

King Of The Ring Finals: