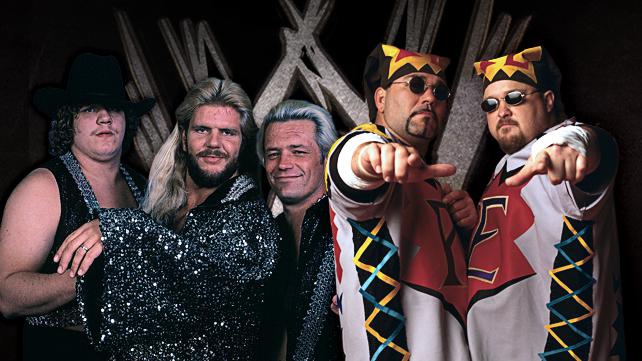 Also noted is current TNA Wrestling star Samoa Joe, who competed as an enhancement wrestler on an episode of WWE Jakked in March 2001. WWE says of the burly grappler, “Samoa Joe became an icon on the independent wrestling scene throughout much of the 2000s by treating his opponents’ heads like they were soccer balls. A rival of both Daniel Bryan and CM Punk during their early years with the Ring of Honor promotion, the hard-hitting Samoan even battled Kenta Kobashi in the Japanese icon’s most famous North American match.”

“Joe earned his ardent fan base the hard way. But before he compelled supporters to chant “You’re going to get your head kicked in!” at his shaken opponents, the near 300-pounder made a sole WWE appearance in March 2001. Competing on WWE Jakked only a few years into his career, a young Joe struggled against former WWE Light Heavyweight Champion Essa Rios in an inauspicious national debut. The burly Samoan would go on to kick the teeth out of every major independent wrestler around, but he would not be seen in WWE again.”