WWE Money in the Bank 2014 predictions 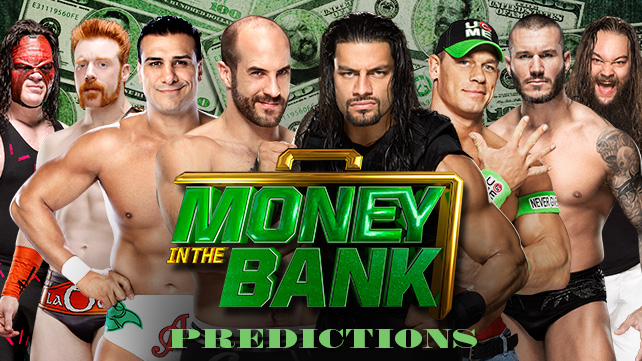 It’s rare when the WWE Universe heads into an event knowing that a new WWE World Heavyweight Champion is guaranteed to be crowned, but such is the case with Money in the Bank.

Even beyond its historical significance, Sunday’s event boasts two of the absolute most stacked lineups in Ladder Match history, other championship matches and much more.

Join WWE Hall of Famer Howard Finkel, extreme announcing icon Joey Styles and members of WWE.com’s editorial team as they break down their picks for the big winners and losers at Money in the Bank.

Who are you picking Sunday night??