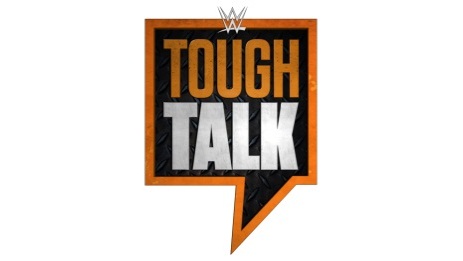 WWE Network will exclusively air Tough Talk, a live recap show hosted by WWE Superstar The Miz, starting Tuesday, June 23 at 9/8C, immediately following the new hard hitting reality series, WWE Tough Enough on USA Network. During the half-hour program, The Miz will have exclusive interviews with eliminated competitors, judges, coaches and special guests. Using social media to ask fans for questions and comments, The Miz will get the answers they want most.

A devoted lifelong WWE fan, MTV Real World alum Mike “The Miz” Mizanin competed on the fourth season of Tough Enough, where he finished as the runner-up.  Determined to make it, The Miz continued to train and earned his spot at WWE where he is now living out his dream at the top of the roster. The Miz has also been featured in commercials, on television and has starred in 20th Century Fox’s action-thriller films The Marine 4: Moving Target, The Marine 3: Homefront and ABC Family’s Christmas Bounty.

Click here to view a television promo for Tough Talk.

WWE Tough Enough, premieres Tuesday, June 23 at 8/7C on USA Network. Outside of the U.S., WWE Tough Enough airs live on OSN Sports 2 HD across the Middle East and North Africa, Ten Sports in the Indian subcontinent, Cielo in Italy and on YouTube around the rest of the world. Host and WWE Superstar Chris Jericho will be joined by a panel of judges, including WWE Hall of Famer Hulk Hogan, WWE Superstar Daniel Bryan and WWE Diva Paige.

Every week, the three judges will each nominate one competitor they believe should be cut, and it will be up to the WWE Universe to vote and determine who they feel is “Tough Enough,” to remain in the competition. The competitor with the least number of votes will be eliminated. Throughout the season, each judge will have the ability to save one competitor from being sent home. Ultimately, one man and one woman will be considered “Tough Enough,” with each earning a one-year, $250,000 WWE contract.