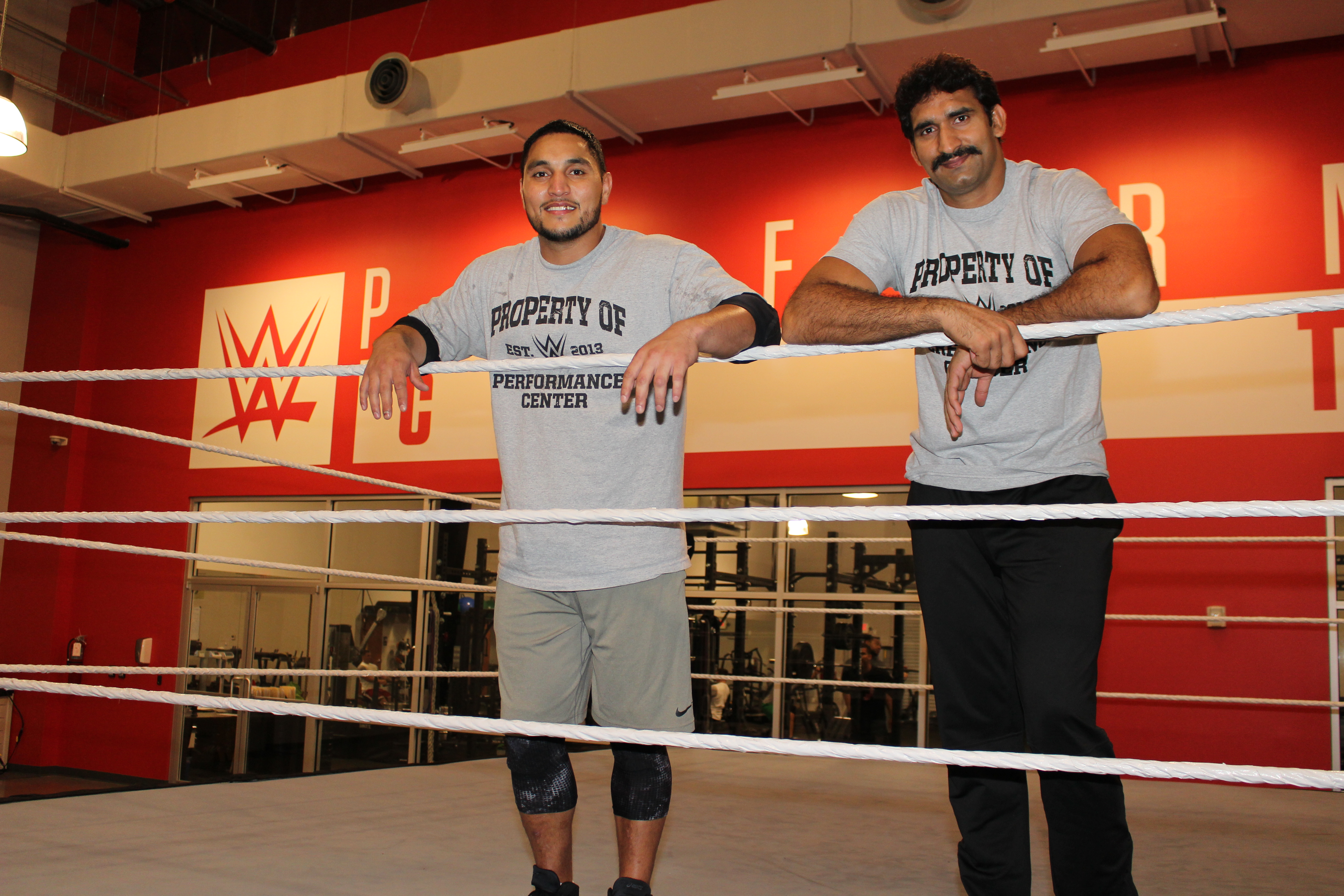 Lovepreet Sangha joins NXT from Kabaddi, a sport with origins in ancient India. The 6-foot, 225-pound Singh was one of the top raiders in the World Kabaddi League in 2014 and was a member of the team that won the league championship.

Standing 6-foot-4 and weighing 235 pounds, Satender Ved Pal is a standout in Indian wrestling. He is a two-time national heavyweight champion in Kushti, the traditional form of Indian grappling.

“The addition of two elite athletes from India to the NXT family underscores WWE’s global reach and popularity,” said Paul “Triple H” Levesque, WWE Executive Vice President, Talent, Live Events & Creative. “Our talent roster is as diverse as our fan base, and we continue to build both at a rapid pace.”

Lovepreet and Satender join the latest class of international recruits at the Performance Center, who hail from Mexico, Australia, United Kingdom, Serbia, Germany, Canada and the United States.

The WWE Performance Center is the home of NXT, the developmental division for WWE. With seven training rings, a world-class strength and conditioning program and cutting-edge edit and production facilities, the Performance Center allows new recruits to hone their skills through a comprehensive program that includes in-ring training, physical preparedness and character development. Additionally, recruits will be immersed in WWE’s Professional Development program that focuses on four key pillars of development – Life Skills, Education, Wellness and Career Success.

Related Itemswwe
← Previous Story Is the British Bulldog a Hall of Famer?
Next Story → Money in the Bank preview video