By OWW Contributor on September 29, 2014@owwcom 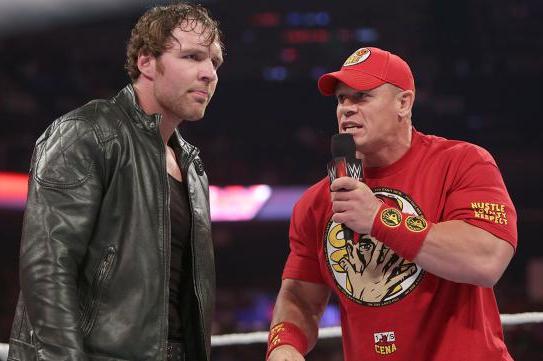 In the week after WWE Night of Champions 2014, the WWE Superstar Power Rankings saw quite a bit of movement, especially in the bottom half of the top 10.  We saw Dean Ambrose make his return to Raw, a newly won title lost and much more.  It certainly was a busy week.

One interesting note is that Sheamus has, after a seemingly dull summer, climbed back to near the top of the rankings.  And somewhat disappointingly, Randy Orton has again fallen out of the top 10.  It’s amazing that a 12-time world champion in the prime of his career isn’t making more of an impact on WWE TV.

Holding a championship, being a No. 1 contender or holding a Money in the Bank briefcase counts for much of a wrestler’s ranking, and these honors are therefore the most heavily weighted components in the rankings.  If a wrestler is tied with another wrestler, holding a title will be a tiebreaker.

“Getting the better” of someone—like beating someone down—as well as “getting got” also counts, though not as much as wins and losses.  Being “over” with the fans is considered but not heavily weighted in the ranking decisions.  Pay-per-view performances take on added importance.

Only the top 10 wrestlers are ranked.  Wrestlers on the Watch List were considered for top-10 status but were ultimately nixed.  They are unranked, and their listing is in no particular order.

Generally speaking, these rankings do not break kayfabe, though any major non-storyline information (serious injury, WWE Wellness Policy violations, legitimate hirings, firings, contract information, “sabbaticals,” etc.) may be taken into consideration, especially if WWE confirms them publicly.  Nothing that could be explicitly considered a spoiler is included unless WWE acknowledges it as well.

All WWE shows, televised or digitally distributed, as well as anything from WWE.com, the WWE App, the WWE Network and any WWE or Superstar social media accounts that don’t break kayfabe may be taken into consideration for these rankings.  This includes but is not limited to WWE Raw, WWE SmackDown, WWE Main Event, WWE Superstars, NXT and any WWE pay-per-view.

Paige is still due a rematch for the Divas Championship after losing it to AJ Lee at WWE Night of Champions 2014.  That rematch will most likely happen at WWE Hell in a Cell 2014, though it could, in theory, come sooner.  Paige picked up a win over Naomi on Main Event and was attacked by AJ Lee after the match.  Can she get the best revenge of all and reclaim the Divas title?

Cesaro looks to have supplanted The Miz at the primary challenger for the Intercontinental Championship.  After being on the losing team in a six-man tag match on Raw, he won a Battle Royal on SmackDown, earning a shot at the IC title that night.  He was pinned by Ziggler, but the referee blew the call, as Cesaro grabbed the ropes well before the referee counted three.  With the controversy, he’s sure to get a rematch.  When will that be?

Randy Orton just can’t seem to sustain a climb in the rankings or in WWE.  Every time he looks to be picking up steam, he loses.  And loses.  And loses.  And this week, he lost again.  He faced John Cena and lost via disqualification as Seth Rollins and Kane attacked Cena late in the match.  It’s clear he’s frustrated, and he may have a problem with Rollins.

After picking up two wins over the WWE tag team champions this week, Jimmy and Jey Uso may have learned from their loss at Night of Champions.  But can they convert these wins into a second title reign?