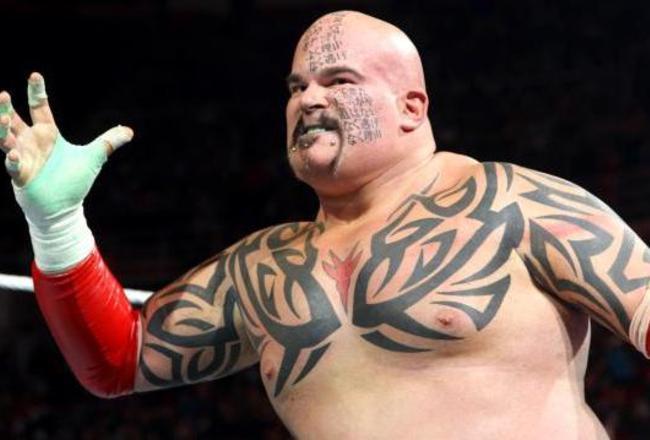 Bloom, a former WWE Superstar and Intercontinental Champion, made his WWE debut in 1999 as Prince Albert. After an eight-year stint in Japan, Bloom returned to WWE in 2012 as WWE Superstar Tensai. Bloom retired from in-ring action in 2014 and was named an NXT Assistant Coach, working at the WWE Performance Center in Orlando, where he also spent time as a color commentator for NXT programming on WWE Network. He was named NXT’s Interim Head Coach in March 2015.

Amato joined WWE in 2012 as Sara Del Rey after spending more than a decade working on the independent circuit. Since then, she has been responsible for training, creating and developing some of the most athletic, charismatic and confident Divas, including current WWE Divas Paige, Summer Rae and Emma, as well as NXT Divas Charlotte, Sasha Banks, Bayley, Alexa Bliss, Becky Lynch and Carmella. In addition to coaching at the WWE Performance Center, Amato will also work with WWE Superstars and Divas on the main roster as both a producer and agent.

“I have the utmost confidence in Matt and Sara’s ability to train and lead the next generation of Superstars and Divas at the WWE Performance Center,” said Paul “Triple H” Levesque, WWE Executive Vice President, Talent, Live Events & Creative. “With each having more than 15 years of experience in the business, Matt and Sara will continue to be invaluable resources to our developmental system. The trust and respect that they have gained throughout the years by both our talent and training staff puts NXT in a great position for future success.”

“It is truly an honor to be named the Head Coach of NXT and play a key role in creating and developing the WWE Superstars and Divas of the future,” said Bloom. “I look forward to continuing my role in training and coaching the incredibly talented roster we have at the WWE Performance Center.”

“This is a dream come true for me,” said Amato. “I’m so proud to be given the opportunity to train and lead the aspiring talent at the WWE Performance Center as we continue to expand the NXT brand globally.”

NXT Superstars and Divas train out of the state-of-the-art WWE Performance Center in Orlando, Florida. The 26,000 square-foot facility offers a full training experience with real time feedback from WWE coaches, trainers and doctors, giving performers the resources they need to develop their talent both athletically and creatively.

WWE, a publicly traded company (NYSE: WWE), is an integrated media organization and recognized leader in global entertainment. The company consists of a portfolio of businesses that create and deliver original content 52 weeks a year to a global audience. WWE is committed to family friendly entertainment on its television programming, pay-per-view, digital media and publishing platforms. WWE programming reaches more than 650 million homes worldwide in 35 languages. WWE Network, the first-ever 24/7 over-the-top premium network that includes all 12 live pay-per-views, scheduled programming and a massive video-on-demand library, is currently available in more than 175 countries. The company is headquartered in Stamford, Conn., with offices in New York, Los Angeles, London, Mexico City, Mumbai, Shanghai, Singapore, Dubai, Munich and Tokyo.