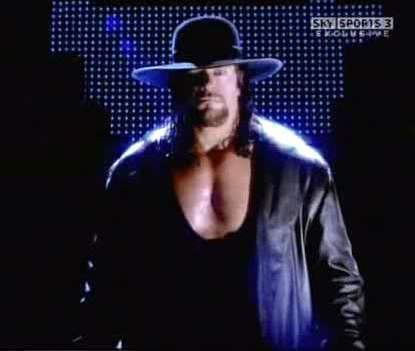 For those of you who don’t realize why WWE doesn’t utilize The Undertaker in more matches, the reason is quite simple. It’s because they need to protect him as much they possibly can.

The Undertaker recently celebrated his 46th birthday, and it doesn’t take a genius to figure out that he’s quite old now. He has been wrestling for nearly 3 decades now, and his body is quite worn out. In fact, he recently needed to have a rotator cuff surgery. Everything went as planned during the surgery; however, the surgeon made sure to inform The Deadman that he will experience pain in his shoulder for the rest of his life.

This is why WWE took the initiative to only let The Undertaker to work during very important PPV matches. He will no longer be on casual Smackdown, or Raw episodes. Summerslam, and Survivor Series are the 2 pay-per-views where he might be used to add more depth to the card. As far as Wrestlemania goes, WWE is hoping that he can continue competing at the event for as long as he is able.

You might have noticed how there has been no real in-ring action between Triple H and The Undertaker leading up to their bout at Wrestlemania this. It’s because management wants Undertaker to have as much time as he can to rest before the big event. They’re looking for a classic match at Wrestlemania.

It’s completely understandable why WWE is doing this, and it’s something they need to continue to do if they want The Undertaker to appear at atleast 2 or 3 more Wrestlemanias.