By OWW Contributor on February 9, 2016@owwcom 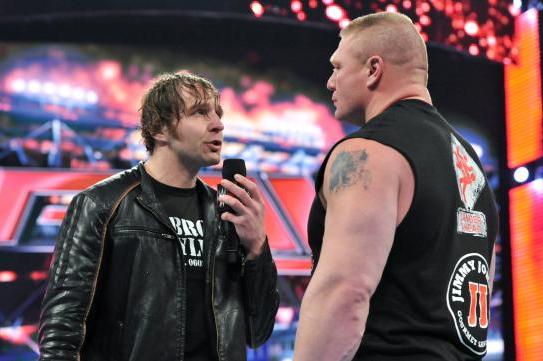 With Fastlane 2015 less than two weeks away, the WWE Superstar Power Rankings have seen a few changes, including a new No. 1.  Dean Ambrose tops the rankings this week, with Triple H, Kalisto, Roman Reigns and The New Day rounding out the top five.

In addition to the match between Reigns, Ambrose and Lesnar to determine a No. 1 contender for the WWE World Heavyweight Championship, a second match has been announced for Fastlane.  United States Champion Kalisto will defend his belt against Alberto Del Rio, who will finally get his rematch for the title.  Based on typical match counts, there are still five or six matches left to be scheduled, so expect the next two weeks to be busy.

In other news, R-Truth continued to reject Goldust’s attempts to form a tag team, Chris Jericho asked for (and will receive) a rematch against AJ Styles and The Authority continues to stir the pot with Reigns, Lesnar and Ambrose.

There’s much more to go over and recap from this past week’s events and results, all of which will be discussed more thoroughly throughout the following pages.  But beforehand, please read the next slide for more information on how the rankings are determined.

Check out the power rankings here!