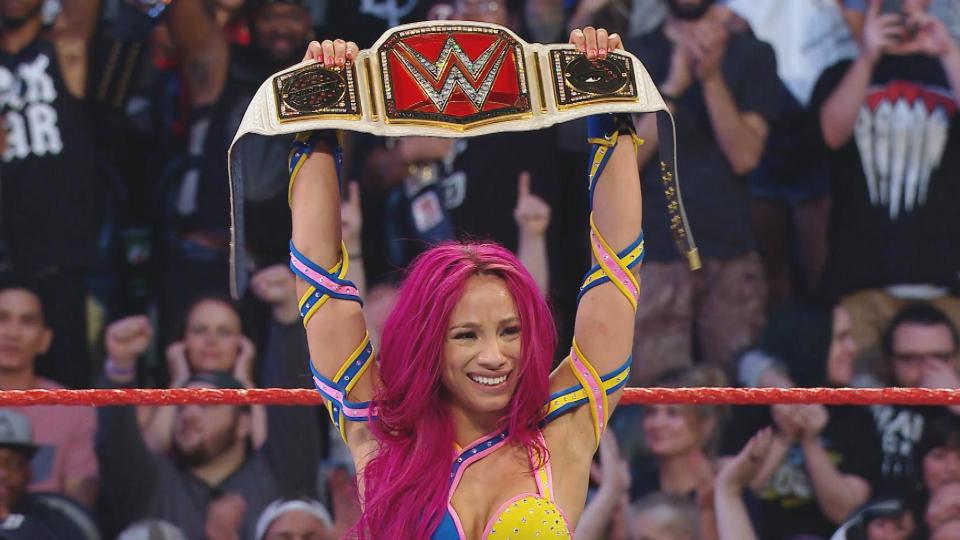 The WWE is more than a week removed from the exciting Survivor Series event, so it is now time to start building towards the big pay-per-events in December. These are the three biggest storylines of the week in the WWE.

The last “Monday Night Raw” of November ended with Sasha Banks challenging Charlotte Flair for her Women’s Championship in a Falls Count Anywhere Match. The exciting match was held in Flair’s hometown and her namesake city of Charlotte, North Carolina. Banks and Flair have put on some of the best matches in the WWE over the last few months, and they were able to top themselves again on Monday. After a grueling fight that saw both women survive several devastating moves, Sasha Banks was able to win the title by forcing Charlotte to submit in the middle of the ring. The two women will most likely face off against each other once again at the upcoming Roadblock: End of the Line event on December 18.

Roman Reigns Get Title Match at Roadblock: End of the Line

About an hour before the great Women’s Championship match, “Raw” featured another exciting contest with two of the biggest stars in the WWE when Roman Reigns fought against Kevin Owens in a non-title match. If Reigns was able to win the match, then he would get to face Owens again at Roadblock: End of the Line for the WWE Universal Championship. Kevin Owens’ best friend Chris Jericho was unable to help during the match after being taken out by Seth Rollins earlier in the night, which gave Reigns all of the momentum he needed to get the victory. Owens started the match off strong, but he was unable to overcome an onslaught of offense by Reigns at the end of the match. Reigns can be one of the few wrestlers to hold two singles titles at the same time with another win over Owens next month.

TLC: Tables, Ladders & Chairs is the big December pay-per-view event for the wrestlers on “SmackDown,” and it is set to take place this Sunday. After a disappointing showing at Survivor Series, the “SmackDown” wrestlers are sure to be filled with resentment and anger on Sunday. All four of the championship titles on “SmackDown” will be on the line at the same event for the first time since the brand split. Despite a full card of exciting matches, the main attraction will be when AJ Styles attempts to defend his WWE World Championship against Dean Ambrose. A lot of carnage can be expected during this intense match, but it is tough to envision AJ Styles leaving without the WWE World Championship.