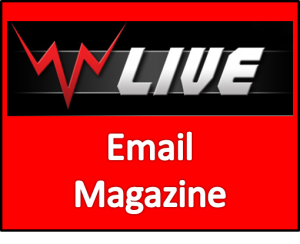 This edition of the WWNLive.com Email Magazine features an exclusive interview with Johnny Gargano, a look at the resurgence of the tag team division this weekend and some very exciting news about WWNLive.com.

Time To Pay The Bills: All three iPPVs this weekend have three pricing options to fit your budget. The DGUSA iPPVs start at just $9.99. If you can be in Taylor, MI or Chicago, IL in person there will be tickets available at the door for both events.

The Champ Speaks and he addresses the rumors

Our staff recently had a chance to sit down with Open the Freedom Gate Champion Johnny Gargano to discuss his title defense and I Quit Match this weekend, his title reign and the rumors surrounding his contract status. Here is our exclusive interview with the champ:

Question: We are 8 months into your title reign, what has been the hardest part about it and the best part?

JG: When I won the Open the Freedom Gate Championship, I knew the work was just beginning. We were just getting started. I wouldn’t have a night off in that ring, as I’d always be matched up against the best talent in the world, hungry to make  a name for themselves by taking me down, and that’s 100% fine. I expect them to want to do that.

The hardest part? My nagging back injury has been a bit of a burden here and there as it gives guys a clear cut bulls eye to aim for when they get in the ring for me, but what can I say? That’s professional wrestling, ya know? I have a weakness; it’s smart to target it.

The best part? Probably the looks I see from the younger guys who do the ring crew, or do the seminars, or are on the bonus card. Whenever I go up and introduce myself, or shake their hands I see a look of hope. I see a look of inspiration almost. They see a guy like me, who started right where they are currently. They see a guy who worked extremely hard, and took his opportunity, and rose from a bonus card nobody, to the face of the company. I think that shows them that anything is possible. If Johnny Gargano can do it, then it can be done, and nothing can stop them from doing it too.

Question: You have perhaps your toughest title defense yet this Saturday in the Detroit area against Akira Tozawa, a man who has pinned you twice in the last year, what is your game plan going into this one?

JG: Well, he’s had my number twice, so obviously I have to do something different now don’t I? I think that Akira Tozawa has quietly become my greatest rival in Dragon Gate USA. I’ve watched him grow into one of the absolute best professional wrestlers in the world and I know all too well what he’s going to bring to me on Saturday.

We had a war against one another at Untouchable 2011 in Chicago, and I’m sure it’ll be no different a year later in Taylor, Michigan. He’s gotten better. I’ve gotten better, but at the end of the day only one man can be the Open the Freedom Gate Champion, and if I have any say in the matter, MY title is going nowhere.

Question: Then on Sunday in Chicago it is an I Quit Match vs. Chuck Taylor. What are your thoughts on this one?

JG: This is it. The is the end. The storied feud of Chuck Taylor and Johnny Gargano comes to an end this Sunday in Chicago. We both have wins over one another, and while our last match had a bit of craziness to it, this time there are NO rules.

The only way to win is to inflict so much physical damage on your opponent that he has no choice but to utter the words “I Quit”. We were partners, we were best friends, and we were like brothers, but Chuck Taylor quit on me, he quit on Ronin and he quit on Dragon Gate USA a LONG time ago. I’ve never quit ANYTHING a day in my life, and I don’t plan on starting now. I’m all heart, and as long as my heart is still beating, I don’t give up, and I don’t stop. Chuck Taylor is going to have to kill me to make me say those words.

Question: Ok, we have to ask this. It’s been reported on the wrestling news sites that your DGUSA contract is coming up. Is this true and if so, what’s your next move?

JG: I don’t know. We’ll cross that bridge when we come to it. Right now, I’m just focused on this weekend. I think something will happen this weekend.

It is no secret that the Dragon Gate USA tag team division is in a state of chaos due to an injuries, stables breaking up and talent suspensions. An injury to CIMA on the last DGUSA tour in Miami set the stage for the United Gate Titles to be vacated two times this year. Now DGUSA is looking to bring stability back to the tag team division this weekend.

The biggest match will take place this Sunday in Chicago when CIMA & AR Fox take on Ricochet & Rich Swann for the vacant DGUSA Tag Team Titles. Together as the Spike Mohicans, Ricochet & CIMA were great Champions. They were forced to vacate the titles after CIMA’s injury. Ricochet & Masato Yoshino then won the tag titles, but they were forced to vacate when Yoshino became unavailable to return to the United States this year to defend them.

However, they were no longer in the same stable in Japan. It was decided to let them each pick a new partner for a decision match to determine new champions.

“When I first teamed with Ricochet in Chicago in 2010 he was about to be the next great high-flyer,” CIMA said through a translator. “Now AR Fox is in the same position.  I hope to help Fox become a new star.”

“This is really BS,” Ricochet said. “I’m about to become a three time champion, yet I’ve never lost the belt.”

This match is also significant because it is the first time CIMA is fighting his protégé Ricochet in DGUSA.

That should be very interesting.

On paper, the duos of CIMA & AR Fox and Ricochet & Rich Swann give Dragon Gate USA two incredibly athletic, exciting, fresh tag teams. This is just the start of the tag team resurgence this weekend.

The Super Smash Brothers and The Scene will both be in the thick of things. DGUSA officials are very interested to see how Zero Gravity has improved since their appearance in DGUSA almost a year ago. Arik Cannon & Pinkie Sanchez look to re-establish D.U.F. as a force with tag bouts both nights. Although they are set for singles action, Chuck Taylor’s Gentlemen’s Club is always a factor.

Then there is the new tandem of El Generico & Samuray Del Sol. They will team for the first time Saturday night in the Detroit area against CIMA & AR Fox. Generico and Del Sol had an incredible two match series on back-to-back nights at EVOLVE last month. The mutual respect from the series has led to this team. They could immediately be an elite duo.

What new team will have the best chemistry? Who will break out of the pack? We will find out with fresh, exciting matches this weekend.

WWNLive.com has seen some rapid growth and expansion in the past few months. It is much more than Dragon Gate USA and EVOLVE now.

WWNLive.com offers a very attractive and affordable way for any promotion or anyone in need of any kind of iPPV service to put their show On Demand [http://r20.rs6.net/tn.jsp?e=001Dn7Smb1nl2up3qCJ1EVlPM5ibMMTaC8VLml7b0vrDqeFI0jKUeCRhVOVe-wq4ZQWeMD-m8e5lIEQc65Ijcq5s_VtiPjPrG2mYsn3S3qIq-eoLPEkpgYU6DVZp6Spe331].

So far, promotions from across the world like MEW, AWF and ICW have taken advantage of that. More are coming.

“Our On Demand service and pricing have made it possible for anyone to put anything on iPPV at WWNLive.com,” President Sal Hamaoui said. “We offer promotion, your own section on our site and much more. You will be surprised at how cost effective it is to go on iPPV On Demand.”

WWNLive.com also has more offerings on live iPPV. This includes the live iPPV debut tonight of $5 Wrestling – A Train Wreck. This will bring some great comedy to WWNLive.com with Colt Cabana & Marty DeRosa on commentary.

There have also been continued improvements with service. WWNLive.com iPPVs have been flawless, with a lone five minute exception last January. The recent EVOLVE double and tripleshots had clear and uninterrupted iPPV streams. You can now watch all WWNLive.com iPPVs on your Droid, iPhone, iPad or anything that uses Flash.

There are even bigger things on the horizon. WWNLive.com is currently developing its own Roku Channel, which should be active in the near future. This is just the start of the expansion into other platforms.

“Live iPPV and iPPV On Demand are the new lifeblood of the wrestling business,”

Hamaoui said. “We are 100% committed to bringing you a diverse selection and the best service with WWNLive.com.”

Thank you for reading the WWNLive.com Email Magazine. Feel free to send us feedback at [email protected], on Twitter and Facebook.