You vote on the EVOLVE 17 main event! 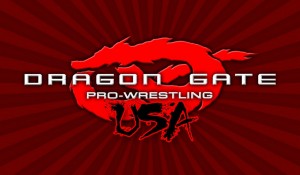 EVOLVE 17 is just two weeks away on September 8th in Voorhees. NJ. Tickets are now on sale in the DGUSA.tv Store or by calling 267-519-9744. This card will be broadcast on worldwide live iPPV with three pricing options starting at just $9.99. You can pre-order now at WWNLive.com.

This is arguably the deepest EVOLVE card yet, which has created an unusual problem.  EVOLVE officials can’t decide on the main event!

EVOLVE officials have isolated two matches that can carry the top spot on this loaded card. They are the rubber match of the El Generico vs. Samuray Del Sol series and the completely fresh match of Ricochet vs. AR Fox. The decision on what contest goes on last and is in the show title is now in your hands.

EVOLVE has started this poll so you can vote on the main event. Only one match can go on last and be in the show title. The choice is yours. Here is a direct link to the poll: http://www.dgusa.tv/polls.htm.

The voting will conclude this Wednesday and the winning match will be announced in a DGUSA/EVOLVE Alerts.  Here are your choices:

El Generico vs. Samuray Del Sol III: These two produced a mind blowing series of  matches on back-to-back nights at EVOLVE 14 and EVOLVE 15 at the end of June. These spectacular bouts ended in a 1-1 tie. A mutual respect quickly developed between  these high-flying luchadors, which led to them teaming at DGUSA Untouchable 2012 last month in a match of the year candidate vs. CIMA & AR Fox. Generico & Del Sol will move forward as a tag team, but first the 1-1 tie needs to be broken. The final singles match between Generico and Del Sol will take place on September 8th. Generico is the most popular independent wrestler in the world. 2012 is Del Sol’s breakout year. Is this your main event?

NOTE: EVOLVE 14 and EVOLVE 15 iPPVs at WWNLive.com On Demand are now 33% off and just $9.99 each so you can witness the first two Generico vs. Del Sol matches. This offer ends on August 29th. You will get unlimited access when you buy these iPPVs at this deep discount!

Ricochet vs. AR Fox: This grudge match between two of the most sensational athletes anywhere in wrestling has developed quickly and will explode at EVOLVE 17. Ricochet is a two time DGUSA Tag Team Champion, a title he has never lost. He has been stripped of the belts on both title reigns due to his partners being unable to compete. CIMA hand picked AR Fox to be his partner for a DGUSA Tag Team Title decision match against Ricochet & Rich Swann last month at Enter The Dragon 2012 in Chicago. Two years earlier, CIMA had hand picked Ricochet as his partner. CIMA & Fox won the titles, which infuriated Ricochet. Not only did Ricochet feel ripped off since he never lost the titles, but he was jealous of Fox being called the new great high-flyer  by CIMA. However, Enter The Dragon 2012 was the highlight of Fox’s career as he stood proudly with the DGUSA Tag Team Title belt. This set Ricochet off on a tirade as he verbally lashed out at Fox and tried to ruin his moment. It all leads to September 8th when we have Ricochet vs. AR Fox for the very first time in DGUSA/EVOLVE. See two of the greatest athletes on the  planet collide. Is this your main event?

Please feel free to also give us your opinion on our Twitter and Facebook  We look forward to your feedback. The decision is yours!!!  Thank you for reading. We will leave you with a reminder that last week’s SHINE 2 iPPV is now available at WWNLive.com On Demand.  See the all women’s event that everyone is raving about with the incredible Jazz  vs. Mercedes Martinez fight in the main event plus Rain vs. Santana, Christina Von Eerie & MsChif vs. Made In Sin, Sassy Stephie vs. Mia Yim, Leva Bates vs. Portia Perez, Jessicka Havoc vs. Reby Sky and more!!