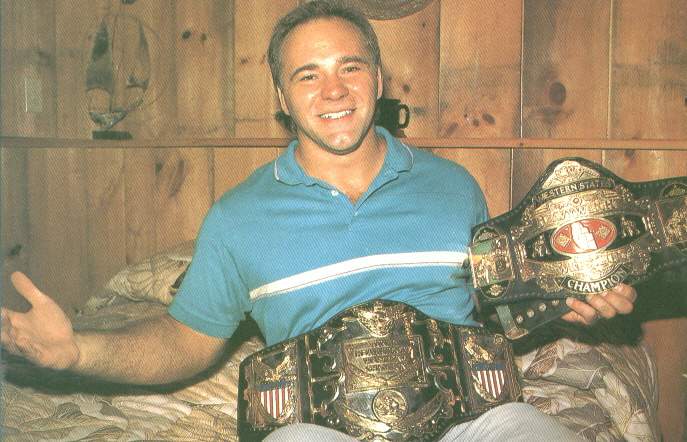 Minneapolis, MN – February, 5, 2008 – While the nation is turning out in record numbers for what’s been called “Super Tuesday”, the management team of the AWA has announced that the AWA World Heavyweight Championship, stripped from Zero-1’s Masato Tanaka in late 2007 due to irresponsible leadership by the fledging Zero-1 MAX’s Yoshi Nakamura, has been rightfully returned to “The Living Legend” Larry Zbyszko.

Zbyszko started rallying for what he claimed was rightfully his since mid-2007. The situation heated up immediately after the then AWA Board of Directors stripped Masato Tanaka of the World’s title.
Zbyszko, through his newly named “representative” Mister Saint Laurent and legal representation, started filing documentation, to the new AWA Management Team, proving he had never lost the title in 1991 when Verne Gagne’s AWA entered into bankruptcy. After considerable deliberation and review of the bankruptcy file from the early 90’s, the AWA agreed with Zbyszko that he did indeed never actually loose the title.
Accordingly, Larry Zbyszko is once again the recognized and current AWA World Heavyweight Champion.

As the celebration started with Zbyszko and “Team Vision”
(Zbyszko’s running pals’ “Not Cocky” Chasyn Rance and Mister Saint Laurent), the AWA also announced that Zbyszko’s first title defense would be April 18th in Fayetteville, West Virginia against two of the top 10 contenders in a 3-way dance.

Log-on to AWASTARS.COM for this history making announcement as it further develops.

Related Items
← Previous Story PWU “Last Chance: Do or Die” on 2/16
Next Story → NWS This Saturday in Bloomfield, NJ