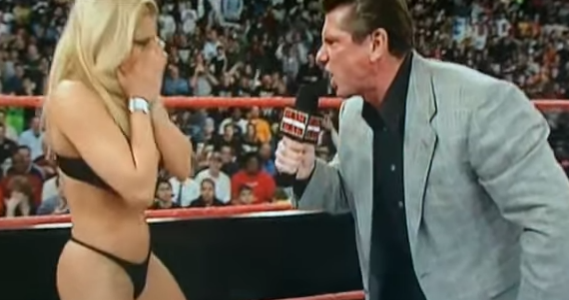 When you run a multi–billion dollar company; you’re bound to be a bit eccentric

But when you’re the owner of the largest traveling entertainment company this side of Cirque du Soleil, and you’re playing a character in your own fantasy land, you’re bound to be downright certifiable at times.

Since he became a full-time character in late 1997, Vince McMahon has run the gamut of psychotic emotions and has found a way to make fans laugh, cry, and on several occasions cringe in horror of the depths of the boss’ depravity.

It’s a weird tightrope walk being a wrestling promoter. Over the years, wrestling fans have shown that they like oddball storylines. So it’s up to promoters like Vince to keep coming up with out-there stories for his wrestlers to perform for our amusement. This a daunting task, as not every fan is happy with the directions the product goes in and who is pushed to the top. And as loyal a fan base as the WWE Universe is, they’re a fickle bunch too.

Keeping the Universe happy solely falls on the shoulders of Vince McMahon. No matter how inclusive the creative process is, the buck starts and stops with him. Why not? It is his money after all, and his company. He built it up after buying it from his father and has turned the whole thing into the industry that it is today. That being said, the guy has produced some very odd, and sometimes creepy ideas. While there are way more than 15 ideas that left us scratching our heads, here are 15 times the boss crossed the line. 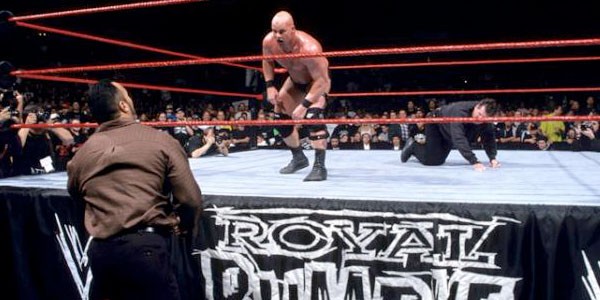 15. Wins the Royal Rumble
The tamest item on this list was Vince McMahon winning the 1999 Royal Rumble, at number two, no less. So, a then–60 year old man who owns the entire company booked himself to be the guy who thwarted Stone Cold Steve Austin’s attempts to three-peat as Rumble winner. Granted he won by nefarious means but still in the record books, the boss won the whole shebang and, at least for a brief, time was slated to challenge The Rock at WrestleMania. It must have had an interesting effect on the morale in the locker room; no one was good enough to hang with Austin except the middle-aged, non-wrestler.

14. Fakes His Own Death
In the soap opera known as professional wrestling, outlandish things happen all of the time. So when Vince McMahon decided to try to take himself off of TV for a while, he did it in classic fashion. Conceptualizing a “Who Shot J.R?” Dallas style conspiracy, the boss would be blown up in his own limousine. But unfortunately, enough dullards think wrestling is real and called the cops. That and the Benoit tragedy forced McMahon to abandon the whole storyline and launch the whole him being Hornswoggle’s father angle instead. 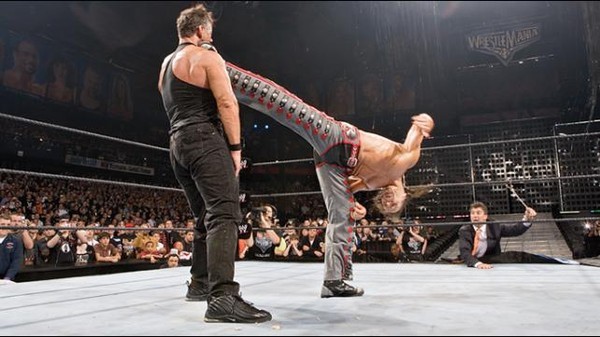 13. Vince vs. God
It was only a matter of time before the demonic CEO and Chairman of the WWE would try to take on the Holy Father. He did so when he was taking on the Born Again HBK. Vince would appear in church, alongside his son Shane who himself was backing away from his old man as he was tempting fate, begging to be struck down as only Vince could. McMahon even challenged HBK and the Almighty One to a tag team match at Backlash 2006, the entryway was bathed in a golden light for the Holy Father. But alas, the Bearded Creator did not show his mug on this night or any other. Can you imagine if Vince booked someone to actually play the part? This entry would have shot straight to number one.