Home / Columns / AS I SEE IT: AcidFest Results

AS I SEE IT: AcidFest Results

In an emotional afternoon at the ECW Arena,”Acid-Fest” took place yesterday afternoon, before an estimated crowd of 750 honoring the late Michael “Trent Acid” Verdi. The Verdi family did attend, and were seated ringside with neighborhood friends up in one of the Arena boxes.

The afternoon started with a video of some of Acid’s best stuff; then in a surprise, Trent Acid was inducted into the ECW Arena Hardcore Hall of Fame by the ECW Arena during the opening ceremonies of the “Acid-Fest” Memorial show in Philadelphia, PA. His induction was done by CZW owner DJ Hyde, where Hyde talked about how much Acid loved wrestling and how much Acid appreciated his fans. 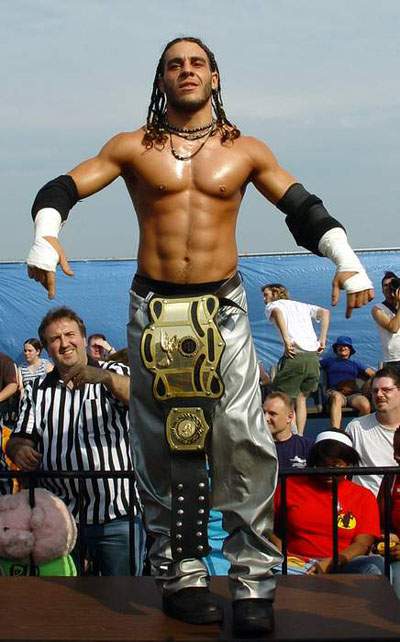 This afternoon came off very well, and clearly honored Michael Verdi in a heartfelt, emotional way. The politics and personal bullshit that can all too often be a part of wrestling were left aside for at least one day by a number of people who have had long-lasting personal issues, ranging from family issues to professional ones.

I mentioned about something that happened back at CZW’s Tournament of Death only days after Acid’s passing where a ten bell salute for Trent Acid with Devon Moore and DJ Hyde (who was having a tough time getting through talking about Acid) in the ring. In a truly eerie moment for those of us sitting on one side of the area set up for the show (the one side where there were large trees providing some shade)…. as the ten bell sounded, the one cool breeze of the entire day came through our side of the seating (near a grove of trees) and stopped as the ten-bell ended.

When I looked at the family (one associated with CZW), they looked at me and said “Did you feel that too?”. There wasn’t a one of us who had a thought that it was anything but Trent Acid sending us a shout-out. Days later, I mentioned that via e-mail to CZW owner DJ Hyde who responded “I thought Devon and I were the only one who noticed that”.

CZW, Johnny Kashmere and all those responsible for “Acid-Fest” should be proud of what they did yesterday afternoon….they did it well. I suspect Trent was somewhere around watching and enjoying it all.