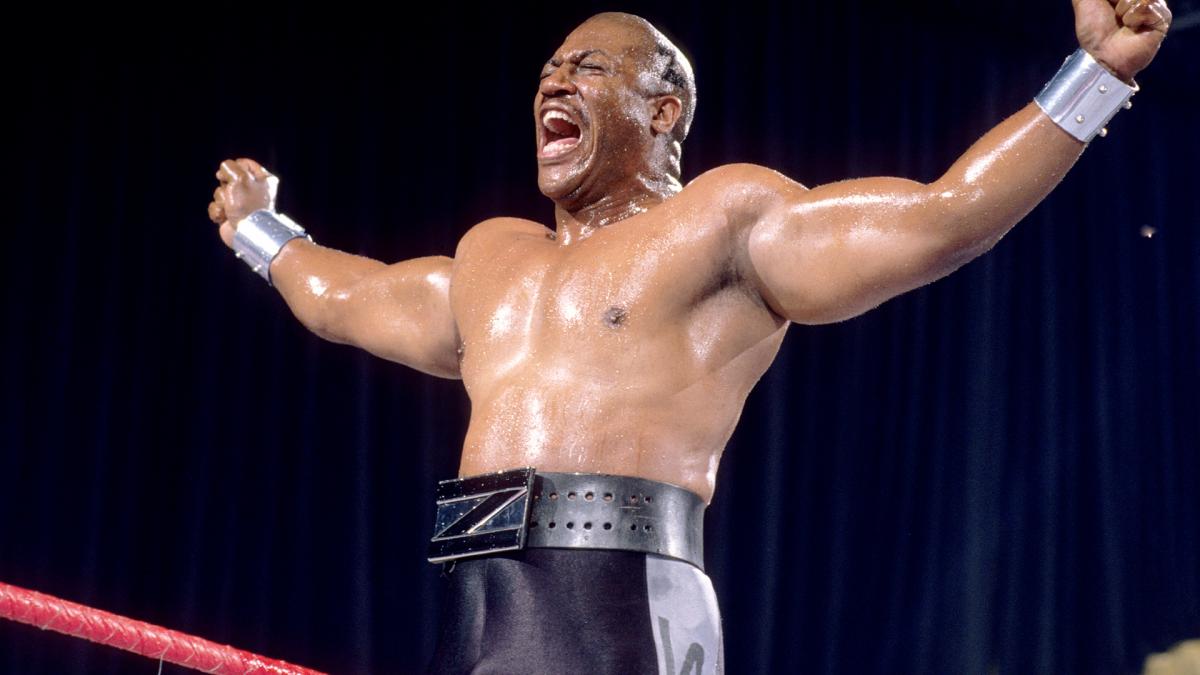 Welcome to The Armpit wrestling quiz for the week of May 1, 2017.

Just got back from WWE Payback in San Jose, and it was a fun, sold out show.  The only negative was the House of Horrors match, as it can’t be emphasized enough how badly it bombed in the building. Aside from that, and Bayley‘s inexplicable loss, everyone enjoyed themselves.  The most glaring thing to me was how many women were at the show, and attractive women at that.  This is a city that rightfully deserves its nickname of “Man Jose,” and here was a wrestling show with quite a few attractive women.  And almost all of them were way into Roman Reigns, as their boyfriends booed him. They also loved the Hardys and Bayley, and they would’ve loved Randy Orton had that House of Horrors match not killed the live audience.

The big news last week was the announcement of the upcoming biopic on Vince McMahon.  While there have been plenty of movies involving pro wrestlers, there are only a handful of movies and documentaries with a wrestling theme.  Therefore this week’s quiz is on “Pro Wrestling Movies and Documentaries.”

1) In his match with Kazuchika Okada, Katsuyori Shibata delivered the sick headbutt and blood immediately started pouring from his head.  He then paused and continued the match before collapsing backstage afterwards.

3) After his series of head injuries in 2011, including being beaten backstage, Hirai never wrestled again.

4) Chris Benoit’s flying headbutts obviously may have contributed to his brain damage and head trauma.

5) Chris Nowinski has spearheaded a lot of research on concussions.

6) In Beyond the Mat, the Rock vs Mankind match profiled was from Royal Rumble ’99.

7) Most of the concussion lawsuits have been thrown out because most of the wrestlers worked for several promotions during their careers, so it’s hard to single out WWE for the blame.

8) Bret Hart suffered a concussion at Starrcade ’99 due to a stiff kick from Bill Goldberg.

9) Mike Awesome committed suicide, which many believe was due to all the head trauma he suffered during his career.

10) APW student Brian Tong was training with the Great Khali when he passed away from complications of head trauma, although this was before he was called the Great Khali.  Speaking of APW, they are running the Cow Palace this coming Saturday which is fairly big news in the indie world because that’s a legendary venue.

1.  “Beyond the Mat” still remains the best documentary ever made on pro wrestling.  Which four men were focused on in the movie?

2.  “Wrestling with Shadows” was also an excellent documentary, thanks to all the WWF footage they were allowed to use back when the WWF was losing badly in the Monday night wars and needed the publicity.  It also featured some very memorable scenes in the wake of the Montreal screwjob.  In one such scene, who was scolding HHH about the screwjob as he held his head down, ashamed to even look him/her in the eye?

3.  The most recent documentary to make waves was “The Resurrection of Jake Roberts,” which was a big hit on Netflix.  Who else was featured in this film besides Jake Roberts and DDP?

4.  I remember sitting in the movie theater in 1989 watching “No Holds Barred,” a fairly poor movie featuring Hulk Hogan and Tiny “Zeus” Lister.  What was Hogan’s name in the movie?

5.  Another wrestling movie that got poor reviews was “Ready to Rumble,” which WCW helped put out.  Which talented WCW midcard wrestler was responsible for much of the training and choreography for that movie?

6.  “The Wrestler” is just about the best movie you can expect Hollywood to make about pro wrestling.  It was carried by the incredible performance of Mickey Rourke, and the soundtrack with Ratt, Slaughter, Guns N Roses, and Accept was awesome.  Marisa Tomei also did a great job playing the quasi love interest of Rourke’s character.  In the movie, what was her occupation?

7.  The first movie Sylvester Stallone ever directed, in 1978, was about pro wrestling.  Called “Paradise Alley,” it featured cameos from several wrestlers in the ‘70s.  The biggest part, however, belonged to whom?

9.  “I Like to Hurt People” is a documentary from 1985 that centered around the legendary Sheik, one of the top drawing heels of all-time.  Being that it involved the Sheik, which territory was this movie based around?

10. Before “The Wrestler” came out with Mickey Rourke, there was another movie called “The Wrestler” in 1974.  Ed Asner was the lead actor, who was quite a big name.  Which legendary wrestler/promoter had a hand in the movie and was featured in the lead wrestler role?

Related ItemsQuiz
← Previous Story Are You Ready to Become a Pro Wrestler?
Next Story → Sean Waltman In Trouble Again?