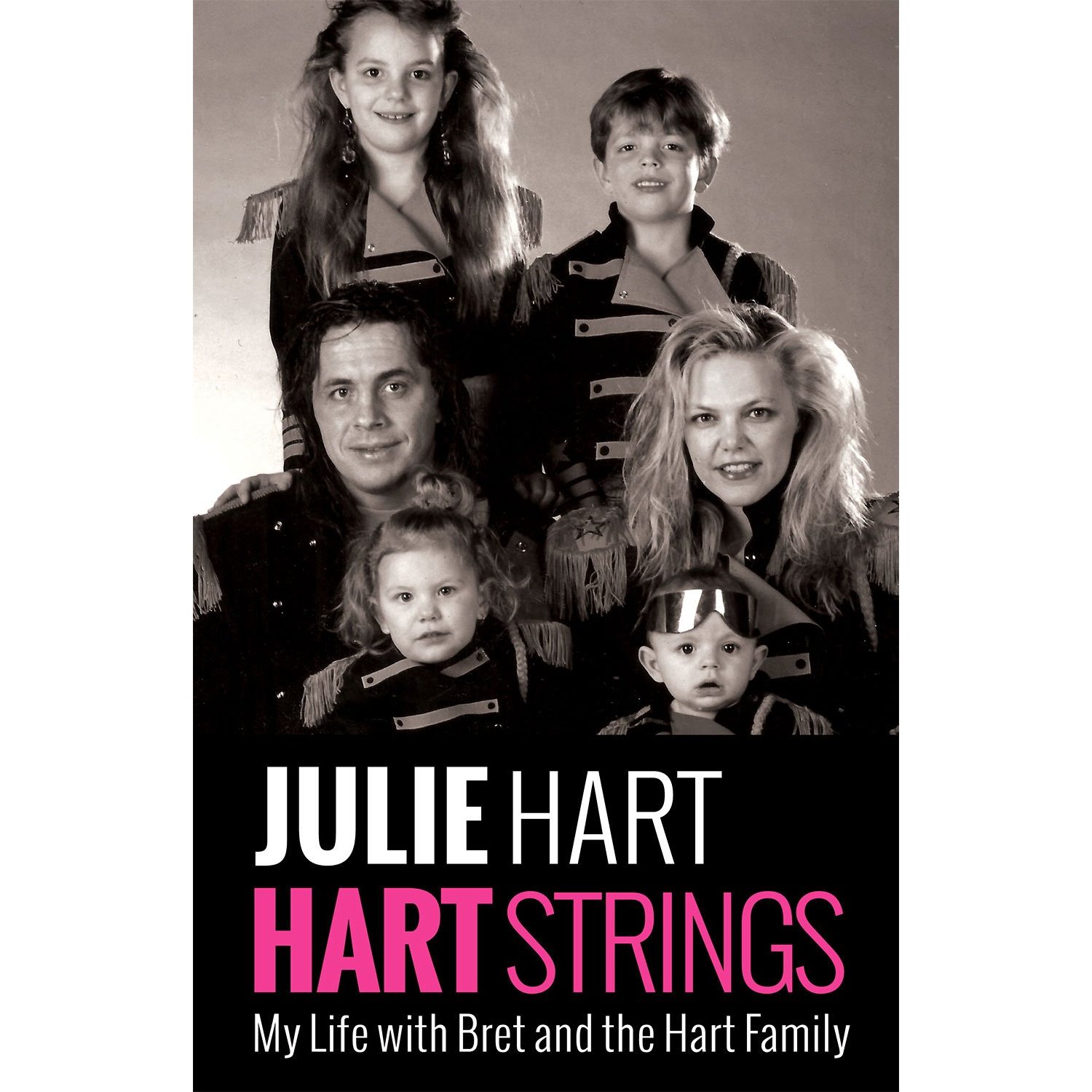 Bret Hart‘s ex-wife Julie has released her first book “Hart Strings” about her life and marriage to the WWE Hall of Famer.

“Being married is one thing, but being married to Bret “Hitman” Hart—former five-time World Wrestling Entertainment Champion—is another. In her vibrant and honest memoir, Hart’s ex-wife and the mother of his four children chronicles the ups and downs of balancing life with a superstar husband in the circus world of professional wrestling. Beginning with Julie’s teen years and early romance with Bret, the story follows the couple’s marriage, children, divorce, and continued presence in each other’s lives, culminating in Julie’s growing role as one of the new matriarchs of the ever-expanding Hart family in Calgary. Vividly detailed and humorous, this authentic account of Julie’s life as an individual, wife, mother, sister, and friend is told by, quite arguably, the Hitman’s toughest opponent and greatest ally of all time.”

Other books related to the Hart family and Stampede:
Autobiographies from Bret, Bruce and Diana Hart, The Dynamite Kid’s autobiography, the “Pain & Passion” Stampede Wrestling book, a biography on Stu Hart and Martha Hart’s book on the life and passing of Owen Hart.