Bushwhacker Luke talks about being a celebrity in WWE 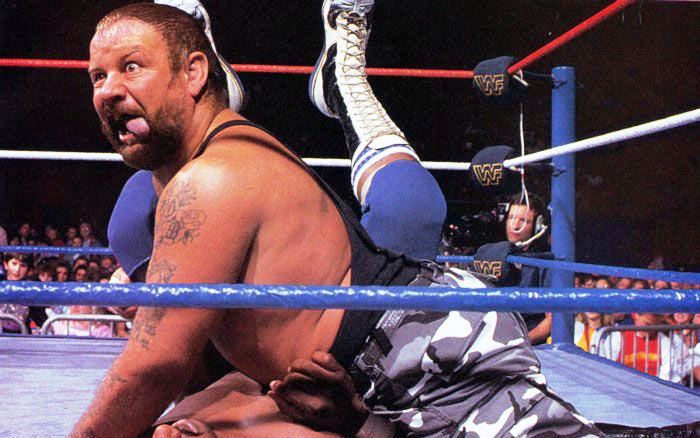 Host Jack E. Jones welcomed former WWF wrestler Bushwhacker Luke to IYH Wrestling Radio. Luke is best known as one half of the tag team known as “The Sheepherders” in the NWA and “The Bushwhackers” in the WWF.

Did you have fun doing the Bushwhackers gimmick?

“Yeah, we did; we had fun…You go from the NWA was wrestling to the WWE and became a celebrity. In that era, in the late 80’s…you’re a different thing. You’re at Sportsman-of- the-Year dinners, you’re doing commercials, you’re doing this/that; you’re on talk shows; it was a different kettle of fish from just being in the ring.”

Johnny Ace (John Laurinaitis) once served as the flagbearer for the Sheepherders. Did you ever expect him to go on to be a big part of wrestling?

“Johnny always had a great brain for the business…Johnny always had the psychology. Johnny has a business degree; he was always about business and he picked out a course. Dusty (Rhodes) threw him with us and said, ‘Go with the Sheepherders; they’ll teach you.’ He was with us for about six months…and then we left for Vince (McMahon)…Then he got his break in Japan…and he had a ten-year run. He was Baba’s booker in the end; he was Baba’s right-hand man. Then he came back here; he actually got the job with (Ted) Turner when Turner was about to throw the towel in. When Vince took over, John had to do all the axing of all the guys and just keep the handful that Vince wanted. Hence he got a bad name to start with in the business in the States. He was always smart in the business side of things; he had a good run there.”

Other topics discussed included:
* Has he ever been in the ring with somebody who was opposed to having their head licked?
* Does he think the WWE Network showing the old matches is introducing him to a
new generation of fans?
* Did he think Puerto Rico had the rowdiest crowds he ever worked in front of?
* Why did Tully Blanchard not like to work with the Bushwhackers?
* What did he think of getting eliminated from the 1991 Royal Rumble in only four seconds?

This interview is available for listening at http://www.iyhwrestling.com/viewnews.php?autoid=24685
or Bushwhacker Luke In Your Head Wrestling Shoot Interview